The Hate Report: The story behind Trump’s South Africa tweet 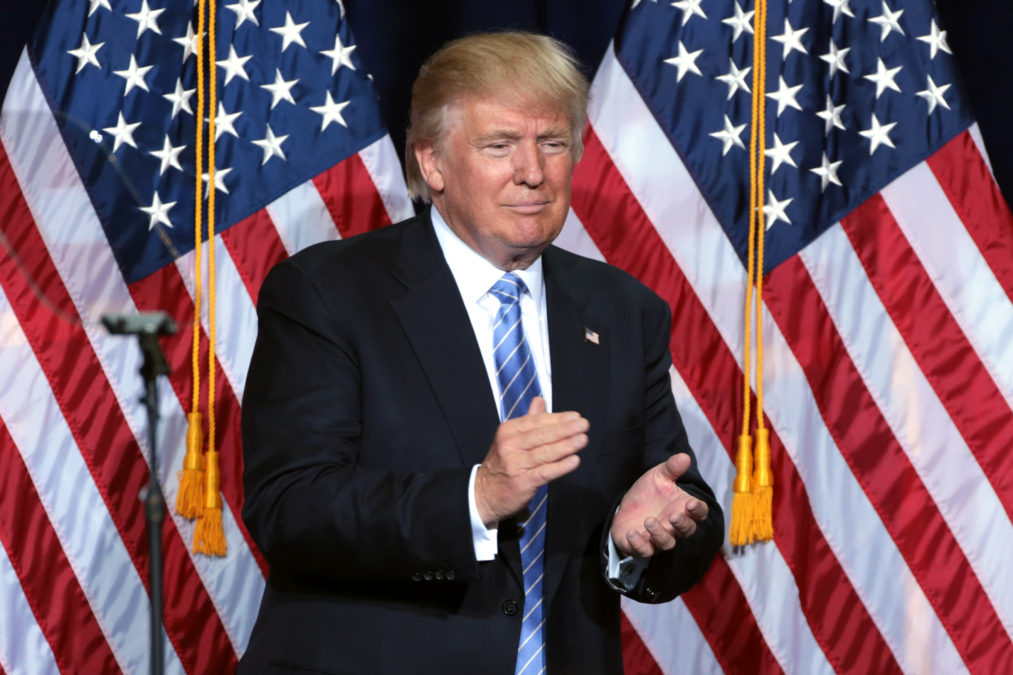 There’s a haunting photo of mass murderer Dylann Roof, who gunned down nine African American worshippers in an unapologetically racist massacre in South Carolina in 2015. In it, Roof stares, vacantly into the camera, his empty eyes ringed with black below his bowl-shaped haircut.

Scan down, and you’ll see Roof has affixed two flags to the breast of his black jacket. One is the flag of Rhodesia, the former British colony that is now Zimbabwe. The other is the flag that South Africa flew over decades of apartheid.

Roof, like many white nationalists, identified with a long-lived trope: that white South Africans — especially farmers — are being slaughtered. And that Rhodesia and South Africa were simply better places under their racist colonial caste systems.

On Wednesday night, a new supporter for at least the first of these talking points emerged: President Donald Trump. The tweet was just further evidence of the influence of the white nationalist propaganda pipeline, leading directly from old-school white supremacist thinking, and new-school hate forums like 4Chan, to Fox News and then directly to the president’s brain.

These narratives often portray the treatment of South African whites as a critical front in a global fight against white people.

If whites in South Africa are treated so poorly after handing over power to the country’s black majority, the story goes, it’s just a preview of what could happen in the rest of the world as more diverse voices are allowed into the political conversation. This fear has been given a name: white genocide.

In the leaked logs of an online white nationalist chat server operated by South African Willem Petzer, published by the independent media outlet Unicorn Riot, users explicitly discussed highlighting this story as part of a larger propaganda goal. “Are we selling this white genocide lie in SA as well as the jews did with the holocaust in ww2?” one user wrote, mere hours before Trump’s tweet. “We need to build some head lice treatment rooms/showers,” replied another, in a reference to the Holocaust. “I think that may solve the problem.”

The president’s tweet was welcomed gleefully by paragons of hate like former Grand Wizard of the Ku Klux Klan David Duke: Just about every famous white nationalist in America, from Richard Spencer to Laura Loomer, quickly followed suit, tweeting or posting their thanks to the president in the hours following Trump’s tweet.

It’s hard to overstate how common the South African genocide myth is in white supremacist and white nationalist circles. Groups on Facebook and gaming sites like Steam are devoted to the cause of white South African farmers, with Facebook groups attracting tens of thousands of members. Far-right podcasters and YouTubers frequently cite false statistics about South Africa as a sign for what is going to happen across the world.

The white nationalist version of what’s happening in South Africa is a twisted history of the land reforms that have been instituted since apartheid ended in 1994. The claim is that black South Africans are increasingly invading white farms, slaughtering farmers and claiming their land for themselves.

But there’s no evidence of any genocide of white South Africans.

“There’s no truth to this story whatsoever,” said Ben Cousins, a senior professor at the Institute for Poverty, Land and Agrarian Studies at the University of the Western Cape in South Africa. “Every now and then, a white person is robbed or killed on a farm, but the murder rate is far higher for black South Africans. This is just an attempt by the far-right to whip up a frenzy.”

Regarding Wednesday’s tweet on South Africa, Trump made clear where he got his information: Fox anchor Tucker Carlson.

In recent months, Carlson has seemingly been on a trajectory similar to that of the president. Carlson has veered firmly into promoting white nationalist talking points.

This year, as Kelly Weill at the Daily Beast has reported, Carlson has run segments fuming about “the collapse of the American family,” “changing demographics in America,” and how Spanish-speaking schoolchildren will result in “Arizona’s future as a Hispanic society.”

“Tucker Carlson has become our hate mainstreamer-in-chief,” said Heidi Beirich, who leads the Southern Poverty Law Center’s Intelligence Project on hate and extremism. “He seems to be picking up the thinking of the white supremacist movement in the United States and expressing it in very harsh terms.”

“I don’t know who Carlson is listening to, but his stuff on South Africa sounds a lot like the stuff that Christopher Cantwell, the ‘crying Nazi’ from Charlottesville, said recently on his podcast,” Beirich continued. “This isn’t a dog whistle. This is just a blatant repeating of white supremacist ideas.”

Our team of researchers, the Hate Sleuths, is recruiting volunteers

We are excited to announce, this week, the launch of our team of volunteer researchers — the Hate Sleuths — who will be helping us dig into the world of hate.

We’re still looking for more volunteers. The more the merrier. If you have time to volunteer or a special skill that would be useful, come help strengthen our reporting on hate.

We’re asking volunteers to listen to podcasts and sift through documents and websites.

Can you send us hate-related data or documents that we can pore through?

Do you have a lead on a story we should be investigating?

Let us know either by email (below), or contact us securely via Reveal’s Leak to Us page.

We’re looking forward to hearing from you.

The Hate Report: The story behind Trump’s South Africa tweet

By Will Carless and Aaron Sankin Reveal from The Center for Investigative Reporting August 24, 2018