The Hate Report: White nationalism at the ballot box 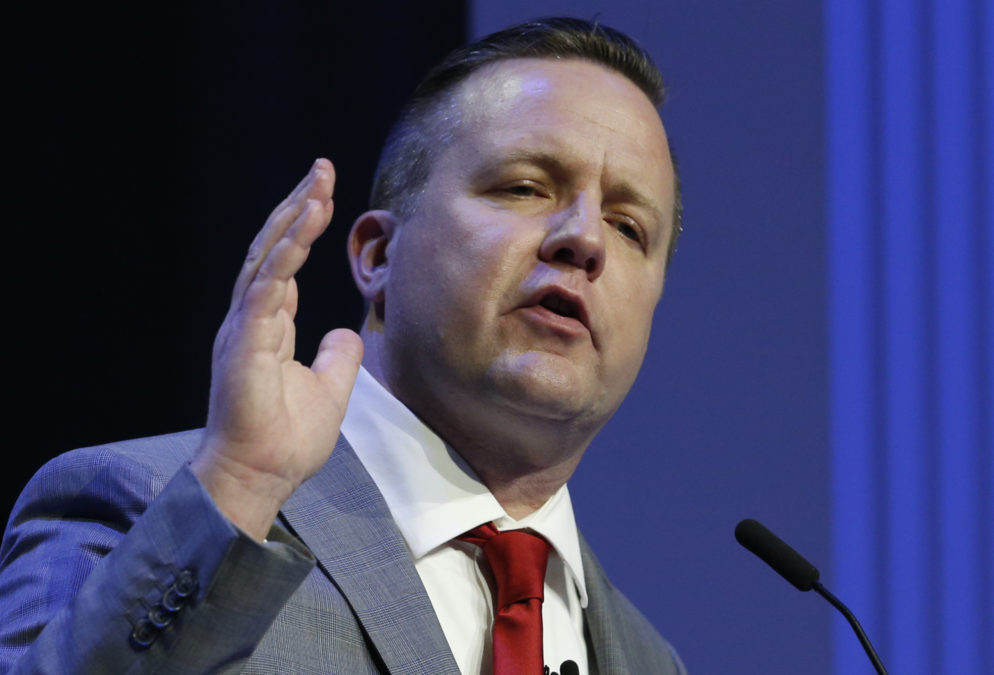 Corey Stewart, known for his connections to white nationalism, won the GOP Senate primary this week.

In this week’s roundup: White nationalism thrives in this election season, a roundup of hate crime news and a Chick-fil-A fact check.

On Tuesday, Corey Stewart, who has long flirted with white nationalists and their ideas, won Virginia’s GOP Senate primary.

The same day, Rep. Steve King, R-Iowa, retweeted a well-known British neo-Nazi, the latest in a long line of such endorsements by the Republican congressman.

These two events are evidence of a broader trend visible across the country: White nationalist politicians feel emboldened in 2018.

A study by the Southern Poverty Law Center this month identified at least eight openly white nationalist candidates running for election this season. These include:

• Paul Nehlen, a virulent anti-Semite who is running for Paul Ryan’s seat in Wisconsin.

• Patrick Little, who ran for Senate in California and has called for an America “free from Jews.”

• Arthur Jones, an avowed neo-Nazi and Holocaust denier who is running for Congress in Illinois and who won the GOP’s nomination in March when the party failed to run anybody against him.

While the more fringe candidates, including Little and Jones, have been disavowed by the Republican establishment, Stewart and King retain their party’s support. Indeed, President Donald Trump cheered on Stewart’s win in Virginia, tweeting congratulations to the GOP candidate.

The winning formula – one that both wins votes and support from Trump, whose backing seems to be essential for aspiring GOP candidates – seems to be to express support for white nationalists early on, and then quickly disavow them. In 2017, Stewart called Nehlen his “hero” for running. He also appeared at an event, in 2017 with Jason Kessler, a white nationalist whose claim to fame is that he organized the Unite the Right rally last year in Charlottesville, Virginia.

Stewart has since said he didn’t realize Nehlen and Kessler, were quite so racist when he supported them. But he remains an ardent supporter of the Confederate flag and Confederate monuments. He tweeted last year that removing Confederate statues was akin to what ISIS would do.

On Wednesday, Ward called Nehlen’s views “outrageous and antithetical to my own.”

We recently launched an effort to bring more readers into our research process. We’re looking for anyone who might have a bit of time on their hands, and who is concerned about the state of hate in America. We’re working on setting up a team of volunteer researchers who could dig into different issues and themes for us each week.

Want to help? Answer a few short questions and we’ll get in touch.

Are Democratic legislators really drafting a bill that would make it a hate crime to eat at controversial fast-food chain Chick-fil-A?

Snopes.com fact-checked the claim, which had gained some steam on social media in the last week or so. The claim, which originated in a satirical article in the Babylon Bee, a website that describes itself as a “Trusted Source for Christian News Satire,” draws from Chick-fil-A’s controversial and vocal opposition to same-sex marriage.

The Hate Report: White nationalism at the ballot box

By Will Carless Reveal from The Center for Investigative Reporting June 15, 2018