The steps Trump has taken to undermine student debt reform 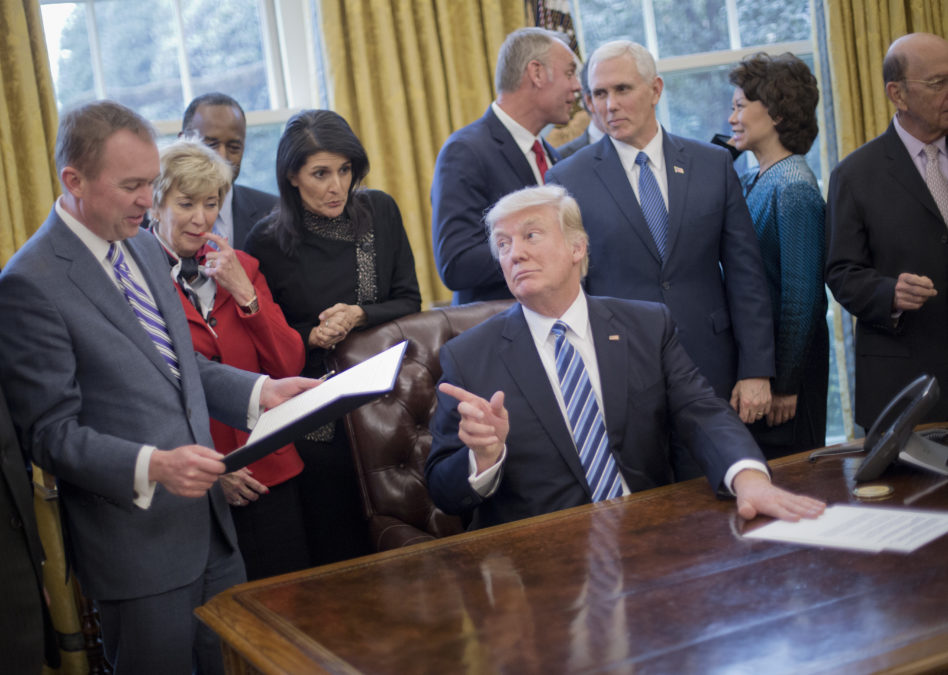 In the 16 months since President Donald Trump took office, the nation’s student debt burden has soared by $110 billion, to an astonishing $1.41 trillion.

The number of student debtors has continued to grow as well – to 45 million Americans, up 2 million since Trump’s inauguration.

And last week, the administration began what reformers fear is the dismantling of an Obama-era initiative to crack down on lending abuses – an effort that in 18 months had forced the student loan industry to give back $750 million for alleged unfair and abusive marketing and collection practices.

The administration insists its reorganization of the Consumer Financial Protection Bureau’s student loan office was routine: There was “no functional or even practical change” to the unit’s mission of protecting and informing students, an agency spokesman said.

But critics said it was a worrisome sign that Trump has little interest in addressing the nation’s student debt crisis.

“The Trump Administration’s message to families ripped off by student loan fraud: ‘Stop whining,’ ” Sen. Dick Durbin, an Illinois Democrat, said in a statement. He accused the administration of moving to dismantle the student debt office’s watchdog function.

The office “has a lengthy history of getting real results and real outcomes for student loan borrowers,” she said. “We feel this move to dismantle it is devastating.”

The student loan office was set up to address concerns from borrowers who struggle to make their loan payments.

As a 2016 investigation by Reveal from The Center for Investigative Reporting showed, student debtors for years have complained of a long list of lending and collection abuses: threatening phone calls, retaliatory lawsuits, even aggressive collection efforts targeted at borrowers who were current on their loans.

Other debtors accused lenders of deliberately misleading them about their eligibility for debt relief programs that could lower their payments or win them forgiveness for their loans. Many aggrieved borrowers reported that after they filed complaints with the Consumer Financial Protection Bureau, lenders backed off.

A centerpiece of the bureau’s efforts is a consumer fraud lawsuit filed last year against Navient Inc., a former division of Sallie Mae that services the accounts of more than 12 million debtors.

The complaint, filed in federal court in Pennsylvania, also names Navient’s Pioneer Credit Recovery subsidiary. It contends that the companies routinely violate federal consumer protection laws by steering student borrowers into expensive repayment plans, failing to inform them about cheaper options and even ruining borrowers’ credit by falsely telling credit agencies that they are in default on their loans.

Navient has denied wrongdoing, saying the lawsuit was politically motivated – it was filed in the final days of the Obama administration – and “designed to get headlines rather than help for student borrowers.”

The case is awaiting trial. Reformers worry that once the reorganization of the student loan office is complete, White House budget director Mick Mulvaney, who also serves as acting director of the consumer bureau, will drop the lawsuit.

During the presidential campaign, Trump seemed to endorse student loan reform, declaring that debt loads should be tied to borrowers’ ability to repay and criticizing the government for earning billions from interest payments on federal student loans.

Trump’s recent budget package included $350 million to make it easier for teachers, police officers and other public-sector employees to enroll in programs to get their student debt canceled after 10 years of on-time payments.

The student loan industry had lobbied on the issue, contending that the rules were unnecessary and expensive, Bloomberg News reported.

Also last year, Trump proposed cutting $5.2 billion from the federal Pell Grants program, which has provided scholarship aid to millions of needy college students. Critics said the cuts would force students to take out ever-larger loans, and the administration backed away from the idea.

And on Sunday, The New York Times reported that DeVos effectively shut down fraud investigations of several for-profit colleges by reassigning personnel. Many former students have complained that for-profit schools induced them to sign up for expensive student loan packages by falsely promising them high-paying jobs upon graduation.

A previous version of this story misidentified the Washington director of The Institute for College Access & Success. She is Jennifer Wang.

The steps Trump has taken to undermine student debt reform

By Lance Williams Reveal from The Center for Investigative Reporting May 14, 2018