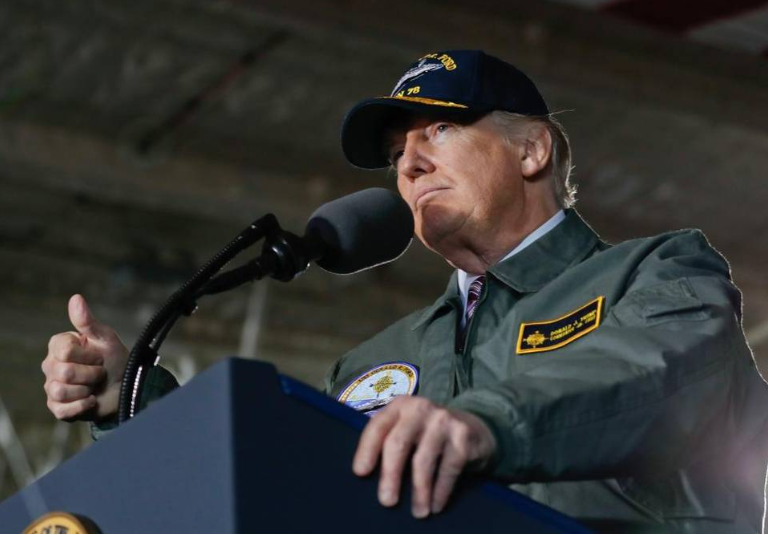 President Donald Trump has promised to create 25 million jobs over the next decade, but his proposed budget shrinks key job programs, including those designed to help laid-off workers and low-income adults break into the workforce.

The preliminary budget would:

“I am struck by the heartlessness of these cuts,” said Chris Lu, the former deputy secretary of the U.S. Labor Department under President Barack Obama. “They’ve focused on seniors, people with disabilities and disadvantaged youth. All have high levels of unemployment.”

One cut outlined in the budget would eliminate a program that helped Randy Garrell, a 62-year-old Trump voter in Sparta, Tennessee.

The Senior Community Service Employment Program places low-income seniors in subsidized community service positions helping nonprofit organizations and public agencies such as schools, hospitals and senior centers. The idea is to give them skills they can use to transition to jobs that aren’t subsidized by the government.

Trump’s budget calls the program ineffective, saying up to one-third of the seniors drop out, and only half of those who remain actually get a non-subsidized job afterward.

But it worked for Garrell, after he lost his temporary job mopping floors for Wal-Mart. The senior employment program set him up at the White County Heritage Museum, doing a mix of tours, computer work and maintenance, he said. His goal, he said, was, “income, income, income.”

When the program was over in November, the county hired him to do custodial work 20 hours a week.

“They wouldn’t have known that I was eligible to do that if they hadn’t had me at the Heritage Museum,” Garrell said. “It’s a pretty good win-win.”

Garrell said the program seems effective, but he trusts Trump’s judgment on budget cuts. “I think he’s doing a pretty good job so far,” Garrell said. “We’ll see in a year or so.”

Overall, the senior program served 65,081 people, including thousands of veterans and those facing homelessness, in the year ending June 2016, according to department statistics.

A 2012 evaluation commissioned by the Labor Department found that the program was providing “much-needed services that increase the emotional wellbeing of older workers.”

One particularly ominous part of Trump’s proposal is an unspecified decrease in job training and employment service grants, said Eric Seleznow, a former deputy assistant labor secretary under Obama. The proposal says it would shift responsibility to states, localities and employers.

It has had support from both parties, as well as businesses clamoring for more skilled workers, said Seleznow, now senior adviser for the nonprofit Jobs for the Future.

“It does not bode well for workers trying to join the middle class, nor is it helpful to employers trying to grow a skilled workforce,” Seleznow said. “That’s our nation’s job training system.”

The question, though, is what exactly will be cut, and by how much.

Job Corps, a residential job-training program for disadvantaged youth, is also under the knife. Trump’s budget proposes to improve the service by “closing centers that do a poor job educating and preparing students for jobs.” It’s unclear how many would be closed or which ones.

The Job Corps program has faced criticism for fighting, drug use and even murders at some centers. The Labor Department’s inspector general’s office found in 2015 that Job Corps centers “kept potentially dangerous students in the program, exposing other students and staff to avoidable harm and preventing more committed at-risk youth from utilizing the training slots.”

Trump’s plan would also slash $11 million in grants to nonprofits that train vulnerable workers in dangerous jobs. The program targets small employers and workers who are non-English speaking, illiterate, minority or temporary, among others. It has trained more than 2 million workers in industries ranging from agriculture to sewage treatment since 1978, according to the Labor Department’s website.

Trump’s plan called the grants “unproven,” an assertion that David Michaels, the former head of the Occupational Safety and Health Administration, dismissed.

Congressman Tom Cole, R-Okla., chairman of the appropriations subcommittee on Labor, Health, Human Services and Education, said in a statement that Congress will have to make cuts to come up with the $54 billion Trump is requesting to boost military spending.

“I wholeheartedly agree with the President that Congress should lift the sequester and restore our military funding up to the appropriate levels to keep our nation safe,” Cole said in a statement. “We know that certain cuts will need to be made to non-defense discretionary funding to pay for increased defense spending.”

Trump is expected to release a comprehensive budget proposal in the late spring.

By Jennifer Gollan and Will Evans Reveal from The Center for Investigative Reporting March 16, 2017