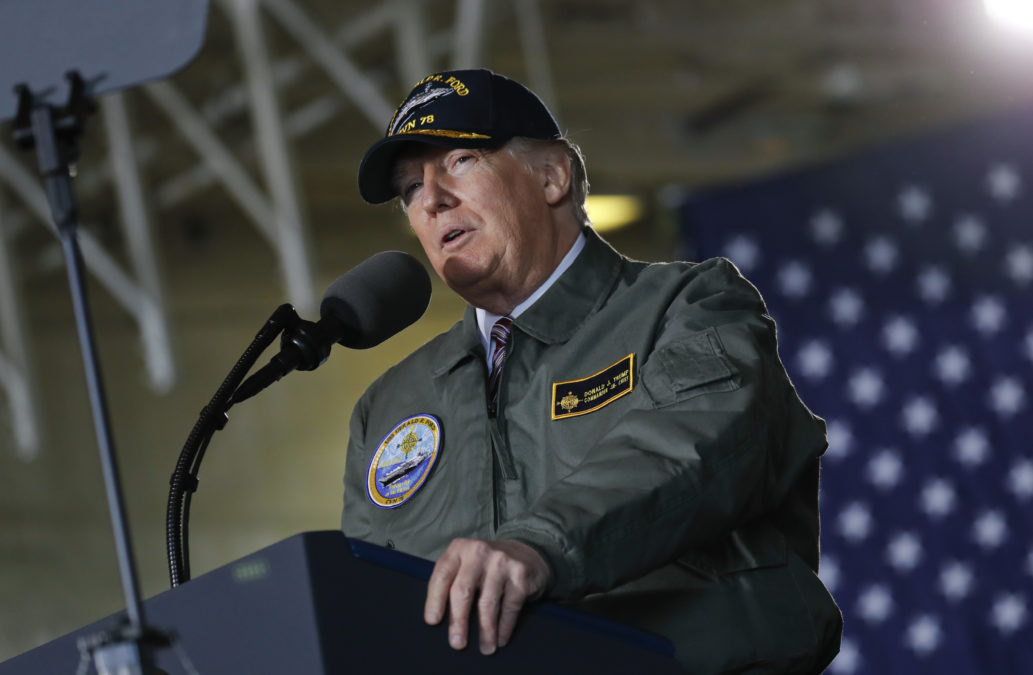 Exorbitant recruitment fees. Employers that seized workers’ passports. Workers packed into cramped housing. These were just some of the conditions workers endured in Malaysia’s electronics industry, according to a 2014 report commissioned by the U.S. government.

The study by Verité, an international research organization in Amherst, Massachusetts, relied on a $450,000 grant from the Labor Department’s Bureau of International Labor Affairs, which combats child and forced labor overseas.

The preliminary budget of President Donald Trump’s administration would eliminate $60 million in grants from the bureau’s budget, calling them “largely noncompetitive and unproven.” It suggested that the agency instead focus its efforts “on ensuring that U.S. trade agreements are fair for American workers.”

The cuts would hobble one of the country’s key methods for combatting child and forced labor around the globe, and potentially limit the federal government’s ability to help countries comply with labor provisions in 13 free trade agreements. In addition, the cuts could effectively do the opposite of what Trump intends by forcing U.S. companies to increasingly compete with overseas companies that flout worker safeguards and pay meager wages.

“These programs help to level the global playing field,” said Carol Pier, the former deputy undersecretary for International Affairs at the Department of Labor under President Barack Obama.  She said there is “a huge logical disconnect,” between Trump’s proposed budget and his stated goal.

The Verité investigation prompted the industry to promise to scrutinize its supply chain and introduce additional safeguards against forced labor, though they’re not binding. The report’s findings also helped prompt lawmakers to press Malaysia to commit to stronger anti-trafficking provisions as part of the Trans-Pacific Partnership, a trade deal involving the U.S. and 11 Pacific Rim nations that Trump has since abandoned.

“Since we released the report, we’ve seen it result directly or indirectly in new policy discussions and commitments, substantial corporate action, and deeper awareness of supply chain dynamics in a core sector of our economy,” said Shawn MacDonald, Verité’s chief executive.

The bureau has provided grants for projects on topics such as seafood processing in Thailand to gold mining in Colombia. It also helps other countries enforce labor standards and produces a list of goods associated with child or forced labor from countries around the world. The bureau also investigates complaints of violations of labor provisions in free trade agreements, including NAFTA.

The Trump administration has made the Labor Department one of its top targets for cuts as it looks to funnel $54 billion to the military. The international labor bureau received $60 million for grants and $26 million for staff in the 2015-16 fiscal year. Congress did not pass a budget last year. Congressional leaders are hammering out the final details on a spending bill to avoid a government shutdown at midnight Friday.

Trump’s proposal echoed language in the Heritage Foundation’s “Blueprint for Reform: A Comprehensive Policy Agenda for a New Administration in 2017,” which called the effectiveness of the grants unclear, adding that “they do not redound to the benefit of U.S. citizens.”

A spokesman for Sen. Lamar Alexander, R-Tenn., a member of the Senate Appropriations Committee, declined to address specific questions about the proposed cut, but provided a written statement reiterating that while the president proposes a budget, Congress passes it.

Jo Becker, advocacy director of the children’s rights division at Human Rights Watch, says the cuts would hurt millions of children around the globe.

“This is an example of a move that’s really penny wise but pound foolish,” Becker said. “It’s 0.4 percent of the Department of Labor budget, but it packs a big punch. The U.S. has been the largest supporter of eradicating child and forced labor worldwide.”

In the two-year study, Verité researchers interviewed more than 500 electronics workers and found 32 percent of foreign workers were employed under forced  labor conditions. These workers came from Bangladesh, Burma, Vietnam, India, the Philippines, Indonesia and Nepal.

The workers were manufacturing computer monitors, printers, keyboards, telephones, DVD players and stereos. Most workers in the study had their passports confiscated and were struggling to repay crushing fees charged by recruiters. Workers reported living in crowded rooms. Some reported being verbally abused by their supervisors.

The Bureau of International Labor Affairs – known as ILAB – also provided $19.4 million from 2011 through 2016 to World Vision for a project aimed at reducing child labor in the Philippines’ sugarcane industry. Local communities developed policies to reduce child labor and the nonprofit organization worked with the sugar industry, government agencies and communities to develop a code of conduct specifying which tasks children ages 15-17 are not allowed to perform.

A $5.5 million grant in 2009 helped Save the Children Federation combat child labor in Indonesia. The organization withdrew more than 3,600 children from work on the streets, palm oil and rubber plantations, and as domestic servants and sex workers.

The U.S. can stop imports made with forced labor from coming into the country. But critics say Trump’s proposed cut would prevent the U.S. from helping other countries combat such practices.

“The law would be an empty shell if we didn’t have reports funded by ILAB to identify what products are being made by forced and child labor,” said Reid Maki, director of Child Labor Advocacy at the National Consumers League, which opposes the cuts. “People seem to care about child and forced labor, but it’s so pervasive and it’s not going away anytime soon.”

By Jennifer Gollan Reveal from The Center for Investigative Reporting April 27, 2017