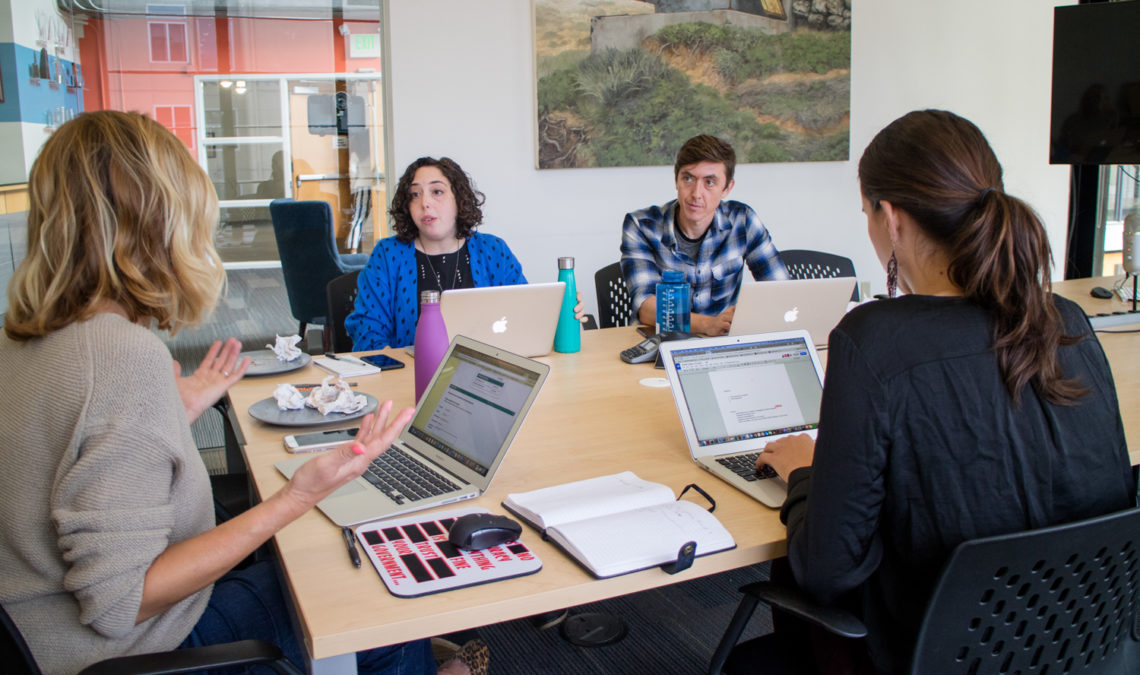 On the sheriff’s official Facebook page, a post attributed to Clarke threatened to “knock out” a man who filed a complaint against him. The sheriff also posted a meme featuring a picture of the man that said: “Cheer up snowflake … If Sheriff Clarke were to really mess with you, you wouldn’t be around to whine about it.”

He attacked a county official who supported Milwaukee’s designation as an immigration “safe city,” calling the official a liar with “a pathological condition,” dubbed a local pro-immigration group “slimy,” and repeatedly referred to the Milwaukee Journal Sentinel as the “Urinal Sentinel.”

The controversial sheriff, who President Donald Trump is reportedly eyeing for a top post within the Department of Homeland Security, appears to have violated several of the county’s rules and guidelines, Reveal from The Center for Investigative Reporting found. Clarke’s posts on the sheriff’s office page ran afoul of the county’s social media and ethics policies, the code of conduct sheriff’s employees are expected to follow and possibly Facebook’s policies as well.

This story is the result of an experiment at Reveal we’re calling “Lunch Breaking,” in which a team of our journalists spend their lunch hour investigating a subject proposed by readers on our Facebook page, then report back the next day on what they find.

Katherine Kaliszewski suggested we look into Clarke’s use of his office’s Facebook page to make what she believed to be posts of a political nature.

On Wednesday, some of us spent our lunch digging into Clarke’s Facebook posts and discussed the findings live on Thursday.

Milwaukee County’s social media policy states that elected officials are barred from doing a number of things on social media, including “venting personal complaints about supervisors, co-workers, customers or the organization.”

Clarke also appears to have violated the Milwaukee County Ethics Board’s rules, which state that public and elected officials “shall not engage in political activity while at work or while engaging in their official duties.”

On the Milwaukee Sheriff’s Office’s official Facebook page, Clarke repeatedly praised Trump, writing Jan. 30, “Damn right I am still fighting for Trump. I helped get Pres. Trump in office and I’ll keep fighting as long as I have to.”

In an interview with Reveal, a Milwaukee County official said Wednesday when it comes to whether the county’s social media policy applies to Clarke and other elected officials, “it’s kind of a gray area.”

“It’s difficult to enforce with him because he is an officer of the state,” said Melissa Moore Baldauff, director of communications in the Office of the Milwaukee County Executive.

In an email, Baldauff added: “Because the sheriff is an independently elected constitutional officer, the county can’t direct his behavior or hold him accountable for his harmful, inflammatory, and bullying rhetoric. His use of social media certainly falls outside the boundaries of what is decent, civil discourse expected of elected officials.”

Clarke announced last week that the Department of Homeland Security had chosen him to be an assistant secretary. However, a week later, administration officials still won’t confirm the appointment.

Juliette Kayyem, a Barack Obama appointee who held the job Clarke said he will soon take, has called him unfit for the position. In a letter to Homeland Security Secretary John Kelly, 55 members of Congress urged him to reject Clarke for the position.

Over the weekend, CNN reported that portions of Clarke’s master’s thesis appear to have been plagiarized.

In his most recent interviews, Clarke said he now isn’t sure whether the job will come through. “Who knows?” he wondered on a radio show that aired Monday.

A spokeswoman for the Milwaukee County Sheriff’s Office declined an interview request from Reveal.

“The sheriff is not interested in the political theater media is trying to generate,” spokeswoman Fran McLaughlin said in an email.

By Reveal staff Reveal from The Center for Investigative Reporting May 25, 2017