We sued the government for Silicon Valley diversity data 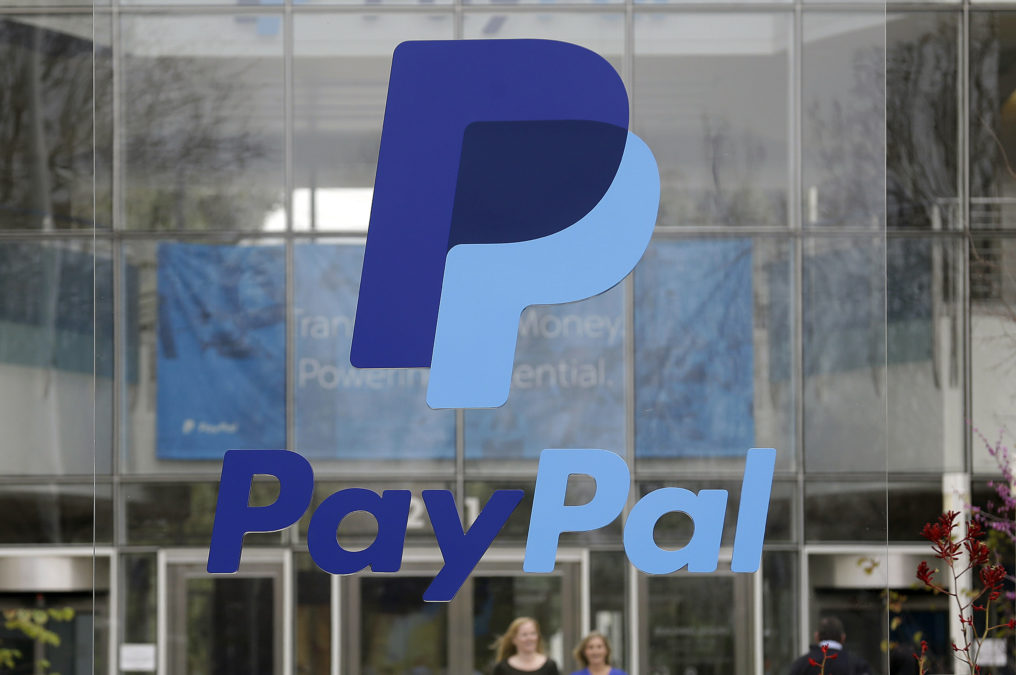 PayPal, headquartered in San Jose, Calif., released its government-mandated diversity data to the public for the first time last week after questions by Reveal.

Major tech companies are withholding their diversity numbers by claiming they are trade secrets.

The federal government has been happy to help, blocking public records requests for the diversity figures at the request of companies, including Oracle, Palantir Technologies, Pandora Media and PayPal.

How did the companies justify labeling their workplace demographics as a trade secret? Several companies said that reasoning is a secret, too.

So Reveal from The Center for Investigative Reporting is suing for the records. Reveal filed a federal lawsuit earlier this month against the U.S. Department of Labor, alleging violations of the Freedom of Information Act.

Here’s how we ended up in federal court.

First, we asked the companies.

As part of an ongoing investigation into the lack of diversity at firms in California’s Silicon Valley, we surveyed 211 of the biggest San Francisco Bay Area tech companies, asking them to share their EEO-1 reports. These government-mandated forms show the number of employees broken down by race, gender and job category and are the only standardized way to compare one company with another.

A growing number of tech companies have made their EEO-1 reports public, responding to pressure from activists such as the Rev. Jesse Jackson, diversity advocates in tech, news organizations, shareholders and members of Congress.

Reveal’s project yielded diversity data from 23 companies – just a little over 10 percent of those we asked – some of which released it for the first time. Another one, the messaging company Slack, joined the club this month. Still, most companies refused.

Then, we filed FOIA requests.

Reveal sent FOIA requests to the Labor Department’s Office of Federal Contract Compliance Programs, which audits federal contractors to prevent job discrimination and promote diversity. We asked for the EEO-1 reports for several tech companies that get taxpayer money as federal contractors, making their reports subject to the public records law.

The Labor Department asked the tech companies for permission.

Instead of releasing the records, the Labor Department followed its policy to first ask the companies if they’d like to object. It even suggested how to claim the trade secret exemption. The government letters asked the companies, for example, “How would disclosure of this information be valuable to your competitors?”

It used to be more common for big tech companies to object. Years ago, Google argued that disclosure would cause commercial harm. But in 2014, it reversed course, stating, “We now realize we were wrong, and that it’s time to be candid about the issues.”

But many holdouts remain. In response to our initial round of FOIA requests, these federal contractors claimed their diversity stats are trade secrets: Oracle, Palantir, Pandora, PayPal, Gilead Sciences, Splunk and Synnex.

The government agreed with the companies’ objections.

In each case, the Labor Department automatically sided with the companies, telling them, “We considered your objections and concur with your assertion that the EEO-1 reports of your company are exempt from mandatory disclosure.”

The same agency separately had found that some of them – Oracle, Palantir and Splunk – engaged in illegal hiring discrimination. But when those companies wanted to keep their track records from the public, the Labor Department agreed.

We wanted to know why it’s such a secret.

But the companies don’t want the public to know that reasoning. Oracle, Palantir, Pandora, Splunk, Synnex and Gilead Sciences claimed their objection letters also were trade secrets. As a result, the government refused to disclose the correspondence.

In January, PayPal asked Reveal to drop the company from its FOIA request, promising to post its current and historical EEO-1 reports on its website this spring.

“We will follow through on our commitment to release the consolidated EEO-1 reports as previously discussed,” PayPal’s employment attorney, Jason Glenn, wrote by email Jan. 24.

Reveal declined to remove PayPal from the FOIA request because the company had not yet released its numbers. That, to us, didn’t seem fair to the other companies. So five days later, PayPal objected to the records request, telling the government that disclosure of its diversity numbers “would cause substantial competitive harm.”

Although Glenn had promised PayPal would release the forms publicly, he told the government that it was important to keep them secret.

“PayPal has taken great care to ensure the confidentiality of its EEO-1 Reports, including appropriate steps to protect this competitively important information,” he wrote.

PayPal primarily objected to releasing diversity figures broken down by individual offices, saying that would allow competitors to “discover PayPal’s business development strategies by analyzing its workforce composition by location.”

But Reveal didn’t request PayPal’s numbers by location. The request asked only for the consolidated numbers for all U.S. employees. It’s the same form that eBay – which spun off PayPal in 2015 – makes available on its website each year.

The government is supposed to make an independent decision on whether to uphold or overrule a company’s objection. But there was no hesitation. When PayPal sent its five-page objection letter, the Labor Department shot back a letter that it agreed – dated the same day.

We notified PayPal that we were preparing this story and asked why the company had not released its EEO-1 reports online as promised. A spokeswoman wrote back today that the numbers would be posted within 24 hours.

Reveal isn’t letting up. We have another FOIA request for more tech companies that is still pending, and the objections are starting to roll in. We’ll keep pushing for transparency.

We sued the government for Silicon Valley diversity data

By Will Evans Reveal from The Center for Investigative Reporting April 26, 2018