‘We will begin drilling immediately’ 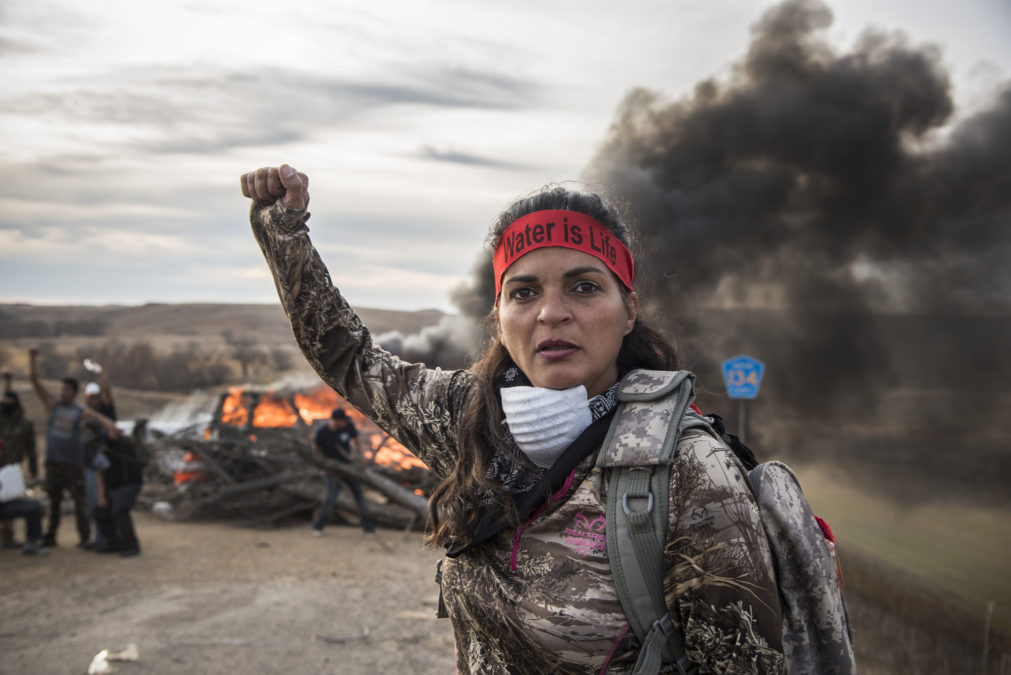 Note: A week after I was released from jail for doing my job, the governor of North Dakota is calling on President Donald Trump to send federal agents to help “in keeping the peace” in the battle over the Dakota Access Pipeline.

As I typed these words Wednesday night, the ink still was drying on the final permits allowing Energy Transfer Partners and its subsidiary, Dakota Access, to continue construction of its $3.8 billion oil pipeline.

Around 6 p.m. Central time, the U.S. Army Corps of Engineers announced it had granted the easement needed to bore the 1,172-mile pipe underneath Lake Oahe, the reservoir along the Missouri River that is the primary source of drinking water for the Standing Rock Sioux tribe. The action follows Tuesday’s decision by the Department of Army to terminate the environmental impact statement that had been ordered in late December under President Barack Obama. And it all follows President Donald Trump’s executive order calling for the impasse to end.

It’s as though the long months of protests and delays were whisked away in an instant, as though life is now moving in fast motion. And there’s more: Vicki Granado, a spokeswoman for Energy Transfer Partners, which operates the pipeline, said in an emailed statement that drilling would begin immediately: “The drill will take approximately 60 days to complete and then another 23 days to get oil all the way to the hub in Patoka,” she wrote, referring to the Illinois refinery where the crude oil line ends.

Morton County Sheriff Kyle Kirchmeier renewed his requests for U.S. marshals to step in to close down  camps where remnants of the thousands who came to Standing Rock to protest have been braving the North Dakota winter.

“Our hope is that the new administration in Washington will now provide North Dakota law enforcement the necessary resources to bring closure to the protests,” he said. “This has never been about the pipeline or the protests. This has always been about the rule of law.”

At the moment the news came down about the pipeline, young Lakota men had started up the fire needed for an “inipi,” a type of sweat lodge ceremony that they would take part in that night. It had been prearranged in the wake of Tuesday’s news that the environmental impact statement had been scrapped.

No one told them about the corps’ decision. Elders thought it would be best to wait.

I worry for these men. They are young and impassioned. And it’s because of their convictions to try to stop this pipeline as a way to protect the earth that they have endured the freezing temperatures.

Of course, the fight within them is also about so much more. It’s about healing from historic trauma, decolonizing indigenous identities and reclaiming ancestral homelands.

I’ve refrained from any fear-mongering in my posts about whether violence could ensue if a decision like this – the advancement of the pipeline – became a reality. But those kinds of concerns no longer are hushed across the reservation.

On Sunday, federal agents with the Bureau of Indian Affairs whacked a camper with a police baton as she tried to block access inside the Sacred Stone camp, a private village of teepees and yurts on land that partly belongs to tribal member Ladonna Allard.

David Little Wind, an associate director with the bureau, told me at a recent tribal council meeting that the presence of agents on the reservation, as many as 40 strong these days, was to help in the ongoing cleanup efforts of the network of encampments that helped draw appeal to the movement. The main Oceti Sakowin camp and its sister village, the Rosebud camp, both sit directly in a floodplain.

Little Wind told me a few days ago that he had hoped the Bureau of Indian Affairs could be seen by the protesters as humanitarians helping out in a natural disaster.

But there has been some paranoia that the agents also are there to nab campers with outstanding warrants, a tactic some perceive as a way to weed out people from the camps. One man, Jimmy White, 51 – who goes by the nickname Angry Bird – was arrested Wednesday afternoon on tribal lands. His detainment has been confirmed, but his charges have not.

Standing Rock Sioux tribal Chairman Dave Archambault II has lost support in recent weeks from protesters who believe he turned his back on them, sold out and too readily trusted a new administration both at the state and national level. Wednesday night, in an article in The Washington Post, Archambault expressed his own feelings of betrayal by the Trump administration.

The tribal leader had flown to the Capitol for talks with the administration about the Dakota Access Pipeline. But by the time he landed Tuesday, the Department of Army already had terminated the environmental impact statement.

“I just feel that I was slighted,” Archambault told The Post. “I was disrespected. I think that I was set up.”

In early December, Archambault had hung his confidence on faith that the environmental impact statement process would run its due course, and that belief supported his decision to shoo away thousands of supporters who flocked to the reservation to stand with Standing Rock.

“Our fight is in the courts now,” Archambault said the day he called on protesters, who refer to themselves as “water protectors,” to leave and take the fight to their hometowns and cities.

Since then, the tribe has stated that there are many reasons for closing the camps by Feb. 22. Potential flooding and residents weary of the visitors are among the top concerns expressed. Some have mentioned the risk that someone could die or be killed.

At a meeting with protesters in early January, Archambault mentioned that someone had asked him if he’d support people putting their lives on the line to stop the pipeline. “No,” he said. “I can’t support that.”

But there are people who say they are willing to die fighting “the black snake,” a name used to describe the pipeline.

“For those of you who are willing and ready to lay down your tobacco, to lay down your prayers, now is the time to stand,” said one woman in a Facebook live feed nine days ago. “And maybe even lay down our lives together.”

So many intense events have happened since then, including the protest that led to my own arrest.

Last Wednesday, I watched as dozens of protesters stood in a circle, arms locked, singing and praying. They had moved to a new camp on higher ground. One by one, they were brought to their knees and handcuffed by sheriff’s deputies. None put up a fight. Then, cuffs were put on me as well. I was charged with criminal trespassing and rioting, even though I was there covering the event as a freelancer for several news outlets.

I was held for 40 hours in jail and released, but my charges were not waived as they were for Amy Goodman of “Democracy Now!” when she was charged with the same crimes last year.

So amid some of the most important moments of this story, which I have been covering here at Standing Rock for months, I am distracted by the demands of another story line: my own legal battle.

Correction: A previous version of this story incorrectly stated where the Dakota Access Pipeline will end. The endpoint is in Patoka, Illinois.

‘We will begin drilling immediately’

By Jenni Monet Reveal from The Center for Investigative Reporting February 9, 2017