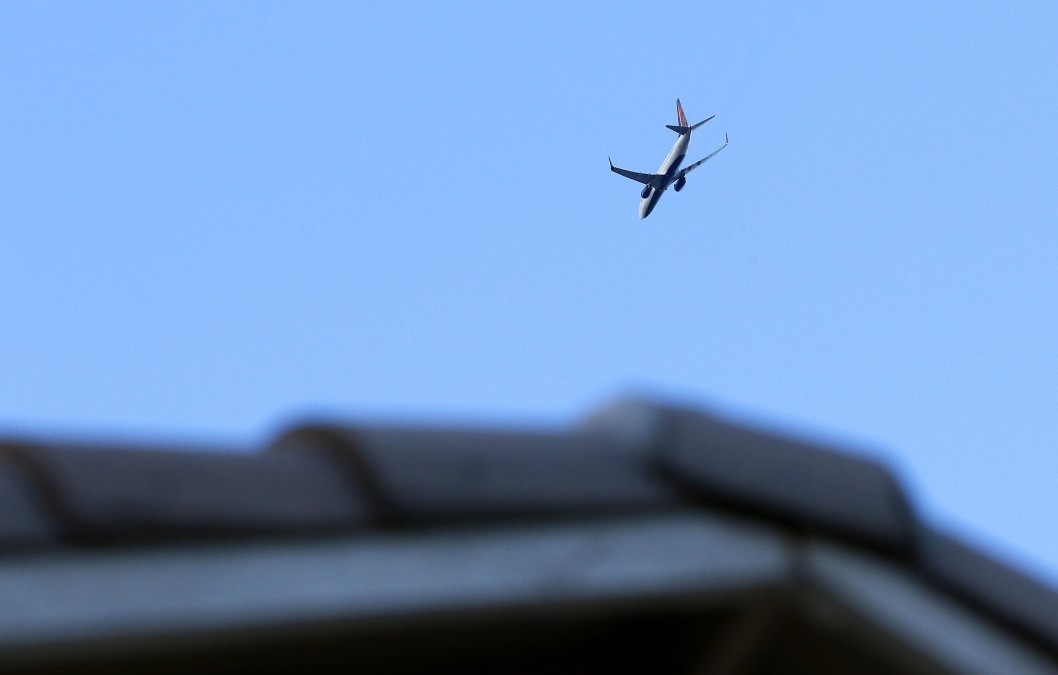 Since the March 22 airport and subway bombings in Brussels, the Transportation Security Administration's top official has scrambled to quell fears about the risk of similar attacks on domestic soil by highlighting the agency’s intelligence-driven approach to security.

An accusation of a wedgie. Forced motivational pushups. Speculation about what a cohort looked like naked. Exile for reporting misconduct. Even a noogie for a job well done.

This is not 1950s fraternity-house hazing or high school locker-room tomfoolery. These are accounts of life inside the intelligence office of the Transportation Security Administration.

Since the March 22 airport and subway bombings in Brussels that killed 32, the top U.S. transportation security official has scrambled to quell fears about the risk of similar attacks on domestic soil by highlighting the agency’s intelligence-driven approach to security.

Already facing multiple congressional inquiries into senior-level misconduct, internal complaints of retaliation and the ire of the aviation industry over hourslong security checkpoint delays, TSA Administrator Peter Neffenger earlier this month told reporters that the “vast national intelligence network” helped bolster transportation security. His comments came days after he testified to a Senate commerce committee that under his leadership, the TSA has enhanced how it shares threat information.

But the agency’s own Office of Intelligence and Analysis, plagued by near-constant turnover at its top levels and often in turmoil, has struggled to reach its potential, insiders say. The office’s track record includes leadership battles that have fostered a toxic culture, produced intelligence that frequently is of little value and mishandled classified information that jeopardized the agency’s direct access to useful intelligence, interviews with current and former intelligence officials, court records and other documents show.

One internal photograph, obtained by Reveal, even shows an employee held in a headlock, getting a noogie from a senior government executive at an awards ceremony.

The office repeatedly has mishandled sensitive information, including a leak related to the Boston Marathon bombing investigation. That has rankled intelligence agencies, which in turn temporarily restricted the TSA’s access to classified records.

These issues and others are likely to arise during a House oversight committee hearing Wednesday as lawmakers continue to investigate management practices and misconduct at the TSA amid concerns about security gaps in the nation’s transportation systems.

Mark Livingston is one of three current TSA managers the oversight committee has called to testify. He was the intelligence office’s deputy assistant administrator from July 2013 until October 2014, when he was reassigned after raising concerns about discrimination against women and inappropriate behavior. In an interview, Livingston described a culture of harassment and retaliation for reporting misconduct. The TSA has major management challenges that result in the agency’s failure to perform effectively, which poses a risk to national security and economic stability, he said.

“The culture of any organization is shaped by the worst behavior of its senior leaders. I keep seeing these examples – there seems to be no bottom to this failed leadership abyss,” he said. “The environment at TSA among senior leaders is like ‘Lord of the Flies’ – either attack or be attacked. Even with changes in leadership, I haven’t seen a change.”

Livingston said he refused to brush aside another top official’s inappropriate comment directed at his female assistant. He also reported a manager who hazed employees, including women wearing skirts, by making them do pushups in the office. He made those claims and others in a discrimination lawsuit filed recently in U.S. District Court.

“We ask the public if they see something to say something, but we can’t ask our employees,” Livingston said, referring to the Homeland Security Department’s campaign motto to report suspicious activity. “No one is safe at TSA who reports issues. I am concerned that employees fear their supervisors more than they fear a potential terrorist threat.”

Lax security protocols for handling classified or sensitive information shook the broader intelligence community’s confidence in the agency. Livingston said he reported some of these security blunders. While he did not face retaliation for calling attention to those incidents, others did not fare as well, he said.

“Intel is happening in spite of leadership, not because of it,” he said. “TSA needs intel professionals running the intelligence office, not program managers or specialists.”

The TSA declined an interview request. In a written statement emailed to Reveal, an agency spokesman said the agency recently was given expanded access to a sensitive terrorist identity database and regularly meets with officials from intelligence agencies and the aviation industry.

“TSA currently has complete and immediate access to the intelligence it needs to effectively conduct its counterterrorism mission,” the spokesman wrote.

“This is not what one would expect to hear of an office that has such an important role in our nation’s security,” she said. “It’s been very disappointing to hear about what is going on in that office.”

D’Agostino has fought the agency over false allegations, hostile work environment and retaliation. One of her female clients who works in the intelligence office was accused of giving a male employee a wedgie, among other allegations of inappropriate conduct. The accused woman denied she had ever pulled or even attempted to pull his underwear up his buttocks. She did not even know what a wedgie was, and had to look up the definition of the word, D’Agostino said.

The agency’s Office of Professional Responsibility nonetheless investigated and proposed removing the woman from her job, which she challenged, D’Agostino said. The woman admitted that she had called an employee a vulgar word, albeit in jest, and later apologized. Instead of removing her, the agency gave her a letter of counseling.

Livingston, D’Agostino and others say the agency shuffles senior leaders who come under fire, rather than addressing the underlying problems. That creates even more issues, especially when top managers don’t have the relevant experience to lead. Intelligence officials say that continues to be the case in the office.

The harassment extends to gender discrimination and sexually offensive language, according to several current and former employees. Raechell Bailey, a former executive adviser to Livingston and others, said several women tried to speak to the TSA’s top leaders about specific issues, but were largely ignored.

In one instance, a male manager wondered aloud to a female employee what another co-worker looked like undressed. In another example, Bailey, who served in her role from 2013 to 2015, said a supervisor spread a false rumor while she was on maternity leave that her newborn daughter looked like her boss. She said she left the TSA when she saw little support from top officials in addressing the harassment issues.

“There may be intel issues but more importantly to me, there are people issues and they are not concerned about remedying it,” she said. “We’re saying women are being sexually harassed at all levels – directors to analysts – every day. Every other branch of government has a zero tolerance policy for sexual harassment. TSA does not enforce that policy.

“Behind the SCIF doors is a boys’ club, and they know it,” she added, referring to intelligence jargon for Sensitive Compartmented Information Facility, a secure area where classified information is stored and handled. “It’s a stretch to call TSA ‘intelligence driven’ based on how they manage people.”

For some career intelligence officials, several of whom came from the National Security Agency, the office became a government career graveyard if they fell out of favor with top leaders, current and former officials said.

When it came to mishandling sensitive information, instead of identifying the breakdown that caused the errors, senior leaders instead went looking for a scapegoat, several officials said.

Cindy Farkus, who ran the office after decades at the NSA, refused to fire one official, Andrew Colsky, who was blamed — wrongly, she and others said — for one such mishap. Farkus then was reassigned to another unit of the Homeland Security Department and eventually left government.

“I’ve seen weird things in the intelligence community over the years … but I’d never seen anything like that,” she said.

Although the TSA intelligence office had made progress, the intelligence community reportedly balked at the TSA after that incident. Instead, the nation’s spymasters saw the TSA office as clowns with whom they didn’t want to share any information, said Michelle Farr, who quit as Farkus’ deputy after her reassignment. After leaving the TSA, Farr consulted for the Office of the Director of National Intelligence. She now works in private industry.

But with the Brussels attacks, Neffenger, the TSA administrator, has a new opportunity to put the office back on the right track. Otherwise, the traveling public – and the director of national intelligence – should be concerned, she said.

“People die when we’re not all (working) together,” Farr said. “To be intel driven, you have to have a good intel shop.”

By Andrew Becker Reveal from The Center for Investigative Reporting April 26, 2016