The problem with Gingrich’s accusations about Mueller’s team 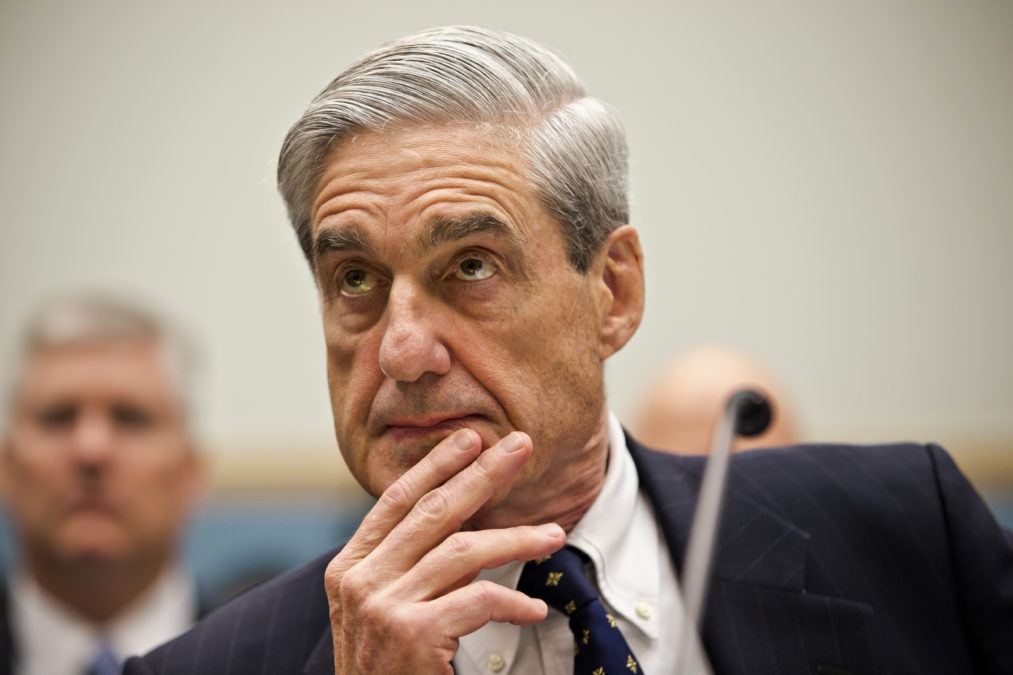 In this week’s conflict roundup: Who federal prosecutors donated to in the election, Jared Kushner’s dealings become focus of FBI probe, and the emoluments lawsuits against Trump get more plaintiffs.

Mueller was packing his legal team with Democratic activists, they said. To back the claim they cited campaign finance reports compiled by the Federal Election Commission showing that Mueller’s lieutenants were also Democratic campaign donors.

“Republicans are delusional if they think the special counsel is going to be fair,” former GOP Speaker Newt Gingrich tweeted. “Look who he is hiring.check fec (sic) reports.” His tweet followed a CNN report showing that three top lawyers who recently joined Mueller’s investigative unit donated to the campaigns of Hillary Clinton and other Democrats.

The three attorneys were recruited from the Washington, D.C., law firm of WilmerHale to assist Mueller’s probe of Russia’s interference in the presidential election and potential collusion with Trump’s political campaign. Mueller worked at WilmerHale after retiring as director of the FBI.

The biggest donor among the lawyers was James Quarles, who donated more than $30,000 to Democratic candidates and causes while in private practice, the records show. A second lawyer, Andrew Weissmann, gave Barack Obama’s campaign for president $2,300 in 2008, also while he was at a private law firm.

Lawyer Jeannie Rhee donated $5,400 to Hillary Clinton and $7,300 to President Obama. Both of those donations were made while she was in private practice. But in 2004, when she was a Justice Department lawyer, she donated $250 to the Democratic National Committee, according to records compiled by opensecrets.org. In a story headlined “Swamp Fights Back,” Breitbart News reported that in 2004 Rhee also did legal work for the Clinton Foundation.

Most federal prosecutors don’t give money to politicians, a review of campaign finance records by Reveal from The Center for Investigative Reporting suggests. But the records show that several hundred employees of U.S. attorney’s offices around the country have made political donations in recent years.

Among them is Mueller himself. Back in 1996, when he was a federal prosecutor in Washington, D.C., Mueller donated $450 to a Republican candidate for the Senate, William Weld. Then the governor of Massachusetts, Weld had been U.S. attorney in Boston, where Mueller once worked.

Another high profile federal prosecutor who has made political donations is Preet Bharara, the former U.S. attorney in New York City whose abrupt firing by Trump after the 2016 election made national headlines. In 2004, while an assistant U.S. attorney, Bharara donated $500 to Democrat John Kerry’s failed presidential campaign. In 2008, while Bharara was on the staff of the U.S. Senate Judiciary Committee, he donated $1,000 to Obama.

Ken Starr, the special prosecutor who investigated President Bill Clinton in the sex scandal involving intern Monica Lewinsky, didn’t make any political donations while in government service, records show. But in the years since his term as special prosecutor ended, Starr has donated more than $30,000 to GOP candidates, including President George W. Bush and Senate leader Mitch McConnell.

In last year’s presidential election, about 200 employees of U.S. attorney’s offices around the country combined to give about $32,000 in federal races, according to a review of all donations of $250 or more. Hillary Clinton got almost all of that money – more than $30,000. GOP contender Marco Rubio got $1,000, Ted Cruz got $375 and John Kasich got $250. President Trump didn’t get any money from federal prosecutors.

Of course, the Democrats held the White House in 2016, and the chiefs of all the U.S. attorney’s offices in the nation had been appointed by Obama. That might explain the Democratic donation tilt.

But in the 2008 elections, when Republicans held the White House, employees of U.S. attorney’s offices also favored Democrats. Obama got $28,000 of that money, while GOP candidate John McCain got more than $4,000. Hillary Clinton, bested by Obama in the Democratic primaries, got only $1,000.

Ethics expert Hana Callaghan noted that prosecutors and other law enforcement personnel have the right under the First Amendment, legal ethics standards and Justice Department rules to give money in political campaigns.

It’s wrong to accuse a prosecutor of bias merely because of a political donation, she said. You need evidence of improper conduct, motive, intent or personal connection to prove a conflict of interest.

“That’s a dangerous road to go down,” said Callaghan, who is director of the government ethics program at the Markkula Center for Applied Ethics at Santa Clara University.

In any case, the potential conflicts run both ways for Trump. Mueller’s law firm, WilmerHale, represents Ivanka Trump and her husband, top White House aide Jared Kushner, as well as Trump’s former campaign chairman Paul Manafort. The Justice Department has ruled that should not stand in the way of his investigation.

Kushner’s financial and business dealings have become a focus on Mueller’s probe, the Post reported on Thursday. Investigators have also been looking at Manafort’s business.

It’s been reported that when Donald Trump agreed in 2010 to appear in Oliver Stone’s “Wall Street: Money Never Sleeps,” he had an assistant insist on shots giving him “warm, golden, even-toned, tan skin.” In other words, moisturized.

Trump’s scene was cut. So we’ll never know whether it showed him with uneven, flaky, unmoisturized skin. And therefore we don’t know whether he might have sued – under his contract’s possible emollient clause.

Of course emollients are only skin creams. But thanks to Trump, we learned even more last week about the U.S. Constitution’s emoluments clause, which says no U.S. officeholder “shall, without the consent of the Congress, accept any present, emolument, office or title … from any king, prince, or foreign state,” including, presumably, skin lotion.

New suits arrived this week from attorneys general of Washington, D.C., and Maryland, and separately from 196 Democratic members of Congress, arguing that Trump’s businesses unfairly attract foreign customers and investors, and receive benefits from foreign governments.

The attorneys general argued that their public convention centers unfairly lose business to Trump’s D.C. hotel. Congress members said they were snubbed – unconstitutionally – when Trump was enriched by foreigners without first asking permission.

The Congress members cited reports saying the Chinese government approved Trump’s applications with unusual haste following the president’s turnabout on using the term “China” only when referring to People’s Republic of China, even though Taiwan also uses the name.

The advocacy group Citizens for Responsibility and Ethics in Washington had argued in another lawsuit that the “gratuitous Chinese trademarks” were a foreign gift because Chinese law bans trademarking the names of foreign leaders.

(Late Friday, the White House released some information on how Trump’s businesses are doing during his presidency.)

Earlier this month, Jeff Sessions’ Justice Department filed a brief arguing that Trump can’t be sued for violating the Constitution because all Trump’s business activities are conducted under fair market conditions, and thus aren’t a “present.” What’s more, the brief said, Chinese law was meant to avoid trademarks disparaging political leaders, not prevent an official from trademarking his own name.

However, Trump may seize trademarks from Chinese wishing to honor Trump, not disparage him.

“I really hoped there could be Trump beauty cream, Trump moisturizing lotion, Trump anti-aging and brightening serum, and Trump balm,” the Washington Post quoted Beijing entrepreneur Mao Yongjin as saying. “But his winning the election isn’t necessarily good news for me. I guess my trademark application won’t pass now.”

The Post wasn’t the only one highlighting the emollients angle. In their complaint, congressional Democrats cited President Martin Van Buren, the father of the modern Democratic Party, for his grasp of the issue.

“Historically,” the Congress members’ complaint said, “presidents have respected their obligations under the Foreign Emoluments Clause.”

In 1840, Van Buren was offered a case of rose oil by the imam of Muscat. Rose oil is sometimes used for toning and lifting skin, and to spur the skin’s healing processes.

According to the complaint, Van Buren wrote to the imam that “a fundamental law of the Republic which forbids its servants from accepting presents from foreign states or princes precludes me from receiving” the oil and other gifts.

For Van Buren the anti-emoluments clause really was an anti-emollients clause.

The problem with Gingrich’s accusations about Mueller’s team

By Lance Williams and Matt Smith Reveal from The Center for Investigative Reporting June 17, 2017