StoryWorks: Justice in the Embers 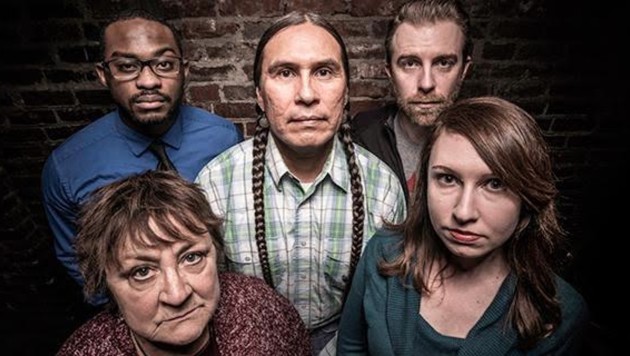 StoryWorks presents Justice In The Embers, written by Michelle T. Johnson and directed by Jennifer Welch. This production is a theatrical exploration of the 1988 explosion in south Kansas City that caused the tragic deaths of six Kansas City firefighters. This production examines questions about the case, and new evidence that has surfaced since the 1997 conviction and and life imprisonment of five Kansas Citians. One of those convicted, a Native American who was 17 at the time of the crime, is awaiting a re-sentencing hearing in the case.

The StoryWorks KC production is inspired by the Kansas City Star reporting of Pulitzer-prize winning journalist Mike McGraw, who has been writing about the case since 2007. The Star’s reporting prompted an independent U.S. Department of Justice examination of the case that suggests the crime has not been fully solved.