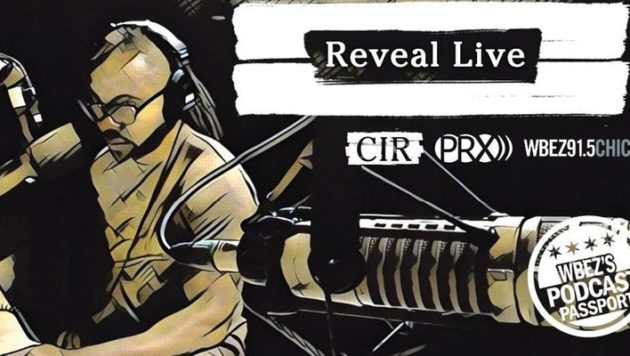 While covering a political protest in Berkeley, California, on August 27, 2017, Reveal Host Al Letson found himself lying on top of a far right provocateur, shielding him from a violent beating by Antifa.

For decades, Al has explored race in America as a journalist, playwright and performer. For the last year and half, Reveal has been investigating the eruption of hate and extremism in this country. Through tough, yet personal interviews with white nationalists, administration insiders and thought leaders across the political spectrum, Al has revealed the deep roots and motivations that are fueling violent protests across the country.

He never intended to become part of the story, but on that August day he did. WBEZ’s Podcast Passport, in partnership with The Fest, curated by Third Coast, presents this dramatic live adaptation of Reveal, exploring what divides us and what unites us.

Reveal from The Center for Investigative Reporting and PRX is a Peabody award-winning public radio show and podcast that takes listeners inside hidden worlds, exposes injustice and highlights the impact of investigative reporting.

The Fest, curated by Third Coast International Audio Festival, is a spectacular two-week lineup of live podcasts in Chicago this November, in venues across the city. See more at www.thefestchicago.org.