Reveal has been fighting a lawsuit for three years. Now we’re speaking up about it 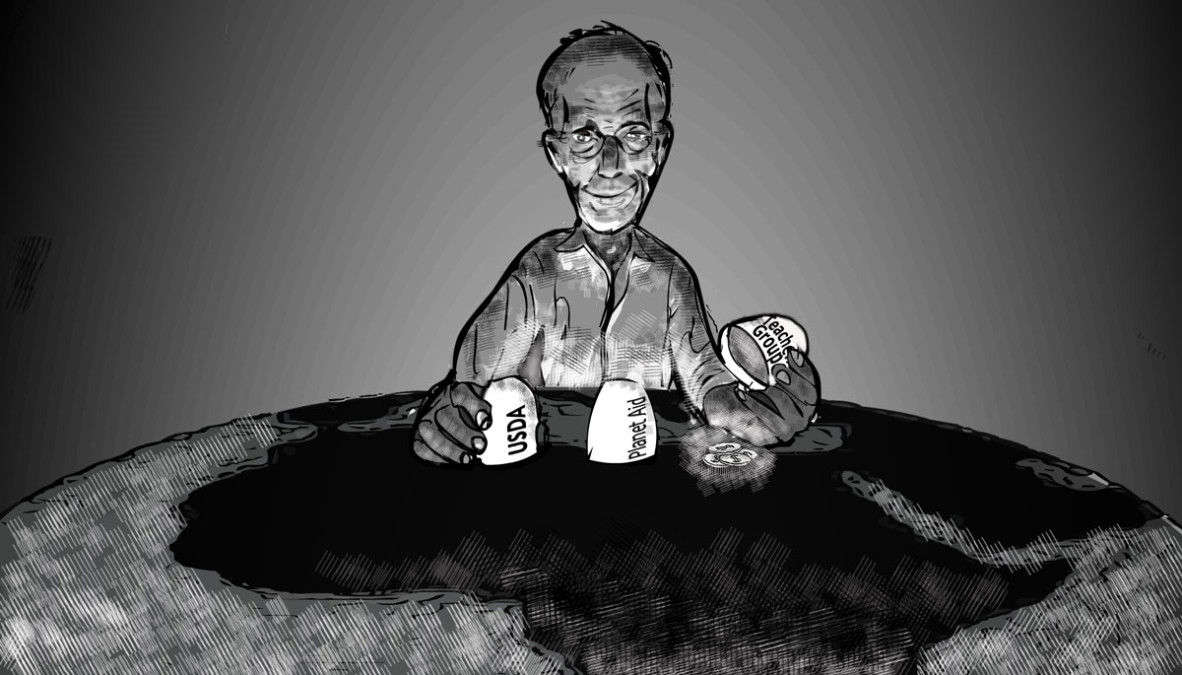 After our reporting raised serious questions about an organization that has received aid from multiple governments, it took us to court.

In 2016, Reveal from The Center for Investigative Reporting began publishing stories resulting from a wide-ranging investigation into Planet Aid, an international charity that had received U.S. government funds for aid programs in impoverished areas of southern Africa. Reveal has now spent three years on a lawsuit that has cost millions of dollars in legal fees.

Since early 2017, we have been quiet about the case as litigation has proceeded through the court system, in order to put our resources toward our ongoing reporting. The cost of that silence is the hobbling of the public’s ability to hold governments and organizations such as Planet Aid accountable. And so, with this post, Reveal’s silence about our ongoing legal battle with Planet Aid comes to an end.

Our reporting, which unfolded in radio and text stories, raised significant questions about whether funds from the U.S. and other governments actually were reaching the people they were intended to help. For example, we reported that employees of a Planet Aid subcontractor in Malawi routinely were required to kick back portions of their salaries to a bank account controlled by an organization that has been likened to a cult. In trips to Malawi, our reporters were unable to find evidence that U.S. humanitarian aid grants to the organization had produced lasting benefits on the ground.

Several months after the initial stories were published, Planet Aid sued us for libel in federal court, contending that the stories were false. During the legal back-and-forth that ensued, the organization produced declarations from a handful of individuals purporting to contradict our reporting. But Planet Aid furnished no facts that undermine the pattern laid out in dozens of interviews and backed up with court records, accounting ledgers, diplomatic correspondence, computer files, shipping manifests, meeting notes, bank statements, additional financial statements from offshore accounts and many other materials we gathered in the course of our reporting and shared with the public.

Before our stories were published, in keeping with our practice, we gave Planet Aid every opportunity to challenge our findings and offer countervailing facts. Multiple times in the course of our reporting, beginning as early as 2015, we reached out to Planet Aid, several affiliated individuals and the governmental agencies that funded the organization for comment on what we had found. After one of the organization’s fundraisers, Marie Lichtenberg, refused an in-person interview and before our first story in the series was published, we sent Planet Aid a seven-page document with a detailed list of findings and corresponding questions to give the organization a chance to offer its perspective on what we had found. Instead of addressing any of the claims in our reporting, Planet Aid’s spokesperson responded with a brief statement indicating that the organization had achieved positive results backed up by extensive financial reviews.

As a news organization committed to producing impactful investigative reporting for more than four decades, our journalistic integrity and credibility are our greatest assets. We have a strict policy of correcting any errors that appear in our published work. Yet Planet Aid has failed to provide any hard evidence that would meet the basic standards necessary to issue a correction. Instead, the organization turned to the courts with a lawsuit that mostly attacks not our stories, but our reporters’ backgrounds, motives and tactics.

The court filings in this case are a matter of public record. We have spent years dredging Planet Aid’s complaint and declarations for any evidence that might merit correcting our stories. We have found none. We welcome others to join the pursuit.

That Planet Aid has chosen to attack Reveal with lawyers and legal bills rather than facts is another sign of a troubling turn in the environment journalists are confronting increasingly. In spring 2016, as the first of our stories on Planet Aid was being published, another lawsuit against a news organization, Bollea v. Gawker, was coming to an end.

The suit had been funded by Peter Thiel, a billionaire with a grudge against Gawker, and it has been seen widely as a cautionary tale of the lethal damage deep-pocketed interests can inflict on a news organization through lawsuits. As Trevor Timm, executive director of the Freedom of the Press Foundation, noted in a September 2016 column in the Columbia Journalism Review, the legal strategy pursued by plaintiffs in Bollea v. Gawker was designed “to do maximum damage to Gawker, rejecting settlement offers with the sole purpose of forcing the company to spend as much money as possible.”

“Less wealthy news organizations may be forced into the same corner Gawker was without ever losing, and that’s not to speak of the damage such cases could do to nonprofit news organizations or independent freelance journalists,” Timm wrote.

For the most part, the attack on Gawker worked. Remnants of what was once a thriving digital network do linger on. But the departure, just last week, of the entire editorial staff of Deadspin – a former Gawker site – was a jolting reminder of the lawsuit’s legacy.

Since that time, libel lawsuits have seemed to increase. In addition to Reveal, BuzzFeed, The New York Times and Mother Jones also have recently fought court battles. The question now is – at what cost? As Timm’s prescient column concluded:

How many media organizations will spike stories involving controversial figures just to avoid years of legal hassle and skyrocketing legal bills? How many journalists will just not pursue those stories in the first place, knowing the extra layers of bureaucracy they’ll have to fight through to get their stories published. And if there is a chance individual reporters are also on the hook, why would they risk their livelihood for a story to begin with?

It is true that all news organizations have truth on their side. If their reports are true (and sometimes even if they are not), ultimately they should be protected by the First Amendment. But Peter Thiel has shown that is not necessarily always the case, and we should all be worried that other multi-millionaires and billionaires might now be smelling blood.

Planet Aid’s actions in its lawsuit against Reveal are a manifest example of what deep-pocketed interests can do to a news organization even when the facts are on the journalists’ side. We have spent the past three years defending against this lawsuit, which we believe is frivolous and which we expect will fail on the merits if it reaches trial. The legal cost of defending against this suit already has exceeded $7 million, which we would not have been able to sustain without the excellent pro bono representation of Covington & Burling LLP and Davis Wright Tremaine LLP. Our newsroom owes its continued existence to their work, and specifically to Thomas Burke at Davis Wright Tremaine, Ethan Forrest at Covington & Burling and our own general counsel, D. Victoria Baranetsky. It is notable that Planet Aid has leveled its legal firepower solely at Reveal, a modestly sized nonprofit journalism organization, rather than taking on the larger network of newsrooms that contributed to and distributed our reporting on Planet Aid, including the BBC and NBC Washington.

Perhaps the worst consequence of lawsuits like this is what The Washington Post media columnist Margaret Sullivan has dubbed “the Gawker Effect.” The time and expense our reporters have devoted to walking lawyers and judges through an overwhelming quantity of material gathered over years of reporting effectively has reduced the resources we have been able to devote to continuing to pursue our questions about Planet Aid and other matters of public interest.

We will continue to report on the organization, creating editorial structures to safeguard the independence of this investigation internally. And we will cooperate with media reporters and others who wish to cover this case, because we believe it illuminates aspects of the legal playbook organizations that want to silence journalists will increasingly adopt.

Our decision to open up reflects our belief that secrecy tends to abet the powerful at the expense of the public. The law should be a refuge for fair and factual journalism, not a weapon against it.

Correction, Nov. 6, 2019: An earlier version of this story misstated the list of partners that distributed our reporting on Planet Aid. The Boston Globe and Chicago Tribune were not among those partners.

Reveal has been fighting a lawsuit for three years. Now we’re speaking up about it

By Christa Scharfenberg and Matt Thompson Reveal from The Center for Investigative Reporting November 5, 2019