Money Trails to the Federal Bench

At least two dozen federal judges appointed by President Bush since 2001 made political contributions to key Republicans or to the president himself while under consideration for their judgeships, government records show. A four-month investigation of Bush-appointed judges by the Center for Investigative Reporting reveals that six appellate court judges and 18 district court judges

At least two dozen federal judges appointed by President Bush since 2001 made political contributions to key Republicans or to the president himself while under consideration for their judgeships, government records show. A four-month investigation of Bush-appointed judges by the Center for Investigative Reporting reveals that six appellate court judges and 18 district court judges

How to look up your judge

When checking on potential financial conflicts, a good place to start is the judge’s investment list. Every federal judge and magistrate judge must submit a report of their financial interests every year to the Administrative Office of the United States Courts in Washington D.C. Filings from the last six years are kept on file there.

AIR: Nice Work If You Can Get It

"Contracting Rush for Security Led to Waste, Abuse." The headline of the Washington Post's lead story on May 22, 2005 was an eye-opener. Over the course of a 15-month investigation, veteran Post investigative reporters Scott Higham and Robert O'Harrow, Jr. had uncovered case after case of mismanagement and misuse of taxpayers' money by the U.S.

Kentucky Republican Senator Mitch McConnell is slated to become the Senate’s new Majority Leader if the Republicans maintain control of the Senate in the November 2006 election. His rise to power has long been linked to his prowess as a fundraiser. This investigation — run in four parts — offers an exclusive look by Herald-Leader

In "The Enemy Within," Frontline and The New York Times – in affiliation with the Center for Investigative Reporting – team up to investigate the nature of the terrorism threat against the United States five years after 9/11. After a multibillion dollar government reorganization and the transformation of domestic counterterrorism efforts, is the country better

Two photographers create unvarnished images of the Iraq war and its tragic consequences here at home.

Boyle’s nomination was again returned to the President because it did not receive unanimous consent to stay pending in the Senate over the long recess. President Bush will have to renominate Boyle, as he did on Sept. 5, to keep his confirmation chances alive.

The Senate Judiciary Committee today failed to vote on Boyle’s nomination, passing up its last chance to move him out of committee before the Senate adjourns for the November election. The lack of action on Boyle and other appellate nominees has infuriated conservatives. The next chance for Boyle would be during a “lame duck” session of Congress after the election.

Federal courts to use “conflict-checking” software

The Judicial Conference of the United States approved a new policy requiring “all federal courts to use conflict-checking computer software to identify cases in which judges may have a financial conflict of interest and should disqualify themselves.” This was prompted by “recent reports” that “several judges may have participated in matters in which they had a financial interest,” according to a memo sent to all federal judges in August. 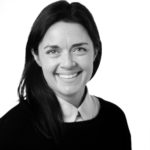 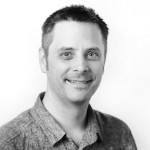 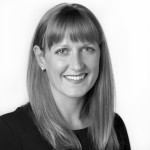