Conflicts on the Bench

In this series of reports, Will Evans of the Center for Investigative Reporting (CIR) found that two federal judges – who had been nominated by President Bush to some of the highest courts in the nation – were repeatedly violating the law on judicial conflicts of interest. As a result of the stories, published first

Judiciary Committee Chairman Arlen Specter’s staff announces multiple briefings to be held each day throughout the week on Boyle’s conflicts of interest, for all interested Senate staff. The Hill later reported that staffers from about 40 Senate offices met with committee staff.

WSJ and The Hill report on Boyle’s chances

A Wall Street Journal editorial addressed Boyle’s chances: “Democrats now say they’ll filibuster his nomination. They are distorting a couple of Judge Boyle’s civil rights decisions and making conflict-of-interest allegations that add up at worst to minor infractions. But Republicans don’t want a fight in an election year over race or ethics. And Judge Boyle’s onetime Senate champion — Jesse Helms — has long since retired. A controversial nominee without an angel to guide him through today’s polarized Senate is in trouble.”

The Hill’s Alexander Bolton reports that “White House officials are making a concerted effort to cooperate with outside conservative groups to support and defend President Bush’s nominees to the federal bench, and they are also planning to work more closely with the Senate on confirming the nominees.” According to Bolton, “the Department of Justice is crafting a memo on Boyle’s conduct as a judge.” Sen. Jeff Sessions (R-AL) told The Hill that he met with Boyle and a White House aide “in a meeting he said he assumed was set up by the administration.”

Committee for Justice sends out “talking points” on Boyle

The Committee for Justice circulates talking points minimizing Judge Boyle’s conflicts of interest and comparing them to those of Supreme Court Justices: “Dems Use Alleged Conflict Of Interest Charges Against Circuit Court Nominee Terrence Boyle, Ignore Conflict Of Interest Questions Justices Ruth Bader Ginsburg And Stephen Breyer Faced.” The Hill later reports that the talking points “were written in the signature style of the White House and its ally the Republican National Committee.”

With an eye on congressional elections this November, Senate Majority Leader Bill Frist signaled last month that he was itching for a fight, pledging floor votes in the Senate for some of President Bush's most controversial judicial nominees. Republicans would strategically welcome renewed partisan warfare over judges, it appeared, because it could help rally right-wing

Key Democrats denounced Terrence Boyle on Capitol Hill Monday and Tuesday, after a Salon report revealed that the controversial judge, nominated to one of the nation's highest courts by President Bush, violated federal law on conflicts of interest. As the debate over Boyle heated up, the White House acknowledged that Boyle should have recused himself

Starting in 2002, Terrence W. Boyle, a longtime federal district court judge in North Carolina, presided over a lawsuit against General Electric, in which the corporation stood accused of illegally denying disability benefits to a long-standing employee. Deep into the case, on Jan. 15, 2004, Judge Boyle bought stock in General Electric, according to a

President Bush's nomination of Judge James H. Payne to one of the highest courts in the nation has been withdrawn, following questions raised in late January about Payne's ethics. Currently chief judge of the U.S. District Court in Muskogee, Okla., Payne was nominated by Bush to the Denver-based 10th U.S. Circuit Court of Appeals last

In a rare move, the American Bar Association revoked its top rating of a Bush judicial nominee last week, after CIR revealed in a Salon.com story his repeated conflicts of interest while on the bench. The ABA originally gave Judge James H. Payne its highest mark – a unanimous “well qualified” – after he was

A federal judge nominated by President Bush to one of the nation's highest courts disqualified himself from two cases against a corporation in which he has held personal investments, after a report revealed that his career on the bench has been riddled with conflicts of interest. On Jan. 23, following the Salon story "Bush Nominee 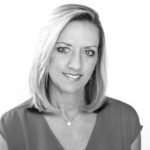 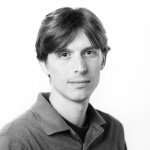 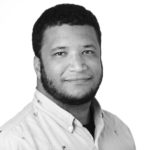