As California farms and cities drill deeper for groundwater in a time of drought and climate change, they are tapping reserves from the prehistoric er

Hey, California: Oklahoma had 3 times as many earthquakes in 2014

Earthquakes are synonymous with California to most Americans, but other states are seeing more earthquakes likely triggered by human activity.

More than 500 North Carolinians say that their health and property values are hurt by nearby pig farms’ toxic manure lagoons and that the Chinese owners are making the situation worse by expanding the farms to export more pork.

With Mark Schapiro's investigative report, "The Middleman," FRONTLINE/World begins an ongoing series about the frightening world of nuclear smuggling. In a rare moment of agreement during last year's presidential debates, George Bush and John Kerry both declared nuclear proliferation as the single most serious threat the United States faces. Their bipartisan concern followed revelations that the

New European Union environmental legislation impacting the production of computers, video cameras, cellular phones, and other electrical items will force the global electronics industry to reduce the amount of toxic substance it uses and to take back and recycle its products. The laws are compelling U.S. companies to change they way they do business at

Chronicle of a Flood Foretold

For many island states, the tsunami hit like a fast-action version of what they have long feared would be the result of global warming. CIR's editorial director talks with the diplomatic mission from the Indian Ocean nation of the Maldives, long at the forefront of the campaign against global warming, about the ominous parallels from

Bush Versus the Environment

During the 2000 presidential campaign, George W. Bush offered clues as to how he would deal with the environment. In his speeches he said nice things about cleaning up pollution and protecting wildlife and supporting parks, even going so far as to make some specific promises. But people who looked beneath his words and heeded

Is Big Biotech waging an international campaign to discredit researchers who study the dangers of genetically modified organisms? Tyrone Hayes is one among many scientists now inquiring into the long-term impacts of chemicals and biotechnological products being produced, mostly, by huge multinational conglomerates and released, increasingly, throughout the world environment. Proponents of these chemicals and

For years, California has led the nation in the war on air pollution. The state’s emission standards for cars and trucks are among the toughest in the country. But the large commercial ships that travel up and down the California coast pose a growing threat to air quality. In this radio report, heard on 23

Troubling Tales on the High Seas

Aging oil tankers with little oversight are environmental time bombs In the second week of December, an aging Russian oil tanker called the Hero of Sebastopol left the Latvian port of Ventspils to traverse a well-traveled route toward Singapore. Chartered by Pasadena-based Westport Petroleum, the Hero passed through the Baltic Sea into the narrow straits

WASHINGTON – As Liberia descends into pitched battle over the capital of Monrovia, the world watches to see if the US will send thousands of troops to help bring peace to the war-torn West African nation. But as we wait, it's important to understand how consumers in the US and other nations have contributed to 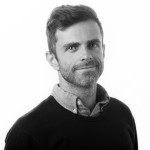 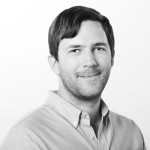 What would you tell Trump about the Dakota Access Pipeline?
Read More