The Department of Veterans Affairs’ failure to follow its own rules governing the prescription of addictive narcotic painkillers has contributed to overdoses and deaths, according to the agency’s inspector general.

On the eve of a congressional hearing about the Department of Veterans Affairs’ skyrocketing use of narcotic painkillers, a former VA doctor has stepped forward with new allegations about the agency’s prescription practices.

On our debut pilot, reporter Aaron Glantz uncovered how the U.S. Department of Veterans Affairs has been prescribing highly addictive pain medications at an alarming rate. He returns to the show to discuss how lawmakers might address the spike in opiate prescriptions.

Dr. Basimah Khulusi says she was forced out of her job as a rehabilitation specialist at the Department of Veterans Affairs hospital in Kansas City, Mo., after patients complained that she would not prescribe high doses of opiates. She says many of her patients had been addicted to opiates for years yet received escalating doses

Justin Minyard, an Army infantryman who served in Iraq and Afghanistan, says he became addicted to opiates prescribed by VA doctors to mute chronic back pain that began after he helped in the 9/11 rescue effort at the Pentagon. “There were better options to treat my pain, and those weren’t presented to me first,” he

Getty Images Doctors at the San Francisco VA Medical Center regularly renewed prescriptions for highly addictive narcotic painkillers for veterans they had never seen, according to a new report by the Department of Veterans Affairs’ inspector general. The report also documented seven cases of opiate overdose among patients at the facility and determined doctors “did

When it comes to painkillers, the United States consumes 80 percent of the world’s supply, according to American Society of Interventional Pain Physicians. More Americans now die from painkillers than from heroin and cocaine combined according to the Centers for Disease Control and Prevention. Among military veterans, the problem of painkiller abuse is especially striking.

Since the 9/11 terrorist attacks, the number of opiate prescriptions by the U.S. Department of Veterans Affairs has skyrocketed. In some cases, the VA has prescribed drugs to known addicts.

An exclusive story about the volume and impact stemming from the VA’s overprescription of opiates to addicted veterans; the attorney behind many of the worst for-profit charities; bodycams for cops; and how one reporter helped one man prove his brother had been abused at a state mental facility. 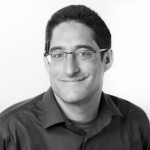 Opiate prescriptions down at the VA, alternatives on the rise