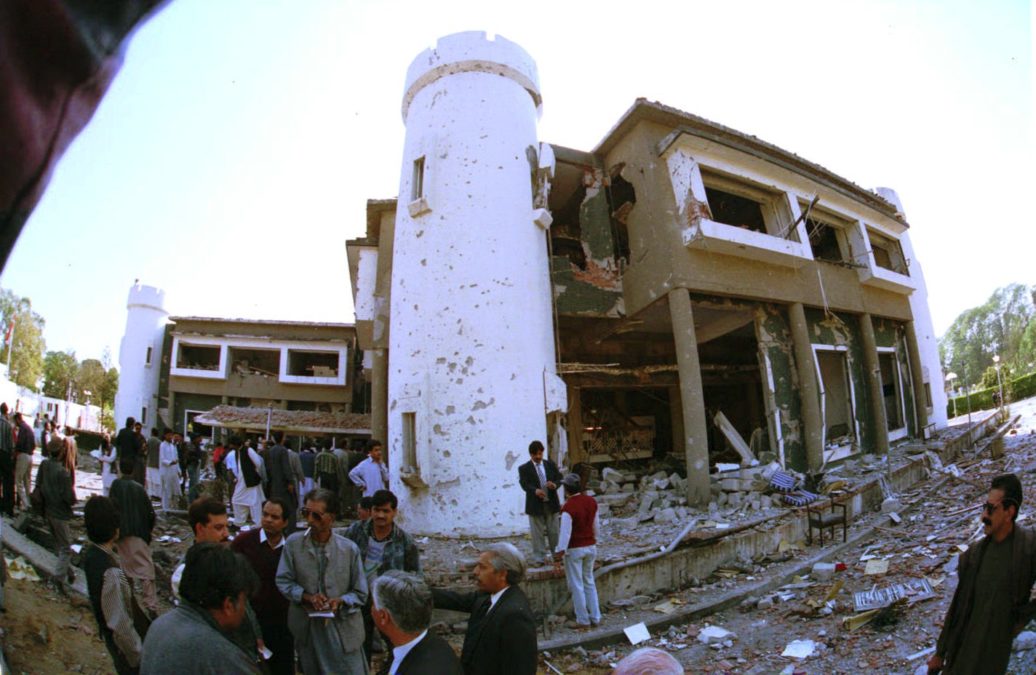 A confessed al-Qaida operative who recruited other naturalized U.S. citizens to commit attacks and helped Egyptian terrorists avoid detection by running a communications hub from his northern California home has been stripped of U.S. citizenship by a federal district judge in Washington, D.C.

Khaled Abu al Dahab, 57, most likely found out that the government wanted to denaturalize him through Facebook.

The social network already has become a way to serve divorce papers in some courts. But the Justice Department’s service in a matter like denaturalization potentially opens a new avenue in its efforts to reach defendants.

Unable to serve court papers on al Dahab in Egypt, the Office of Immigration Litigation, the Justice Department unit that argues for denaturalization, asked a federal judge to allow officials to try electronic means to reach him. Nicole Navas, a Justice Department spokeswoman, said officials were not aware of any other time when the department had tried to serve an opposing party by Facebook or email.

Convicted of terrorism-related crimes in Egypt, al Dahab later confessed to his membership of the Egyptian Islamic Jihad and that he had traveled to a terrorist training camp near Jalalabad, Afghanistan. There he received military-style training and in turn, taught foreign fighters how to hang glide as part of a plot to free imprisoned members of the terrorist group.

While in the United States, al Dahab told investigators, he recruited 10 Muslim Americans to join al-Qaida. From his apartment in Santa Clara, California, he helped Egyptian Islamic Jihad operatives avoid detection in their communication by using three-way calling to connect operatives and skirt electronic surveillance inside their country. Those efforts supported terrorist attacks in Egypt and Pakistan, according to the Justice Department. In doing so, al Dahab failed to establish good moral character, a requirement for naturalization, the government argued.

The Justice Department alleged that he repeatedly lied on his naturalization application and during an interview with an Immigration and Naturalization Service officer about where he lived, his foreign travel, past marriages and his affiliation with a terrorist group. The court order requires al Dahab to surrender and immediately deliver his citizenship papers to U.S. authorities.

“This case demonstrates the department’s commitment to using all tools at its disposal, both criminally and civilly, to strategically enforce our nation’s immigration laws and to disrupt international terrorism,” Attorney General Jeff Sessions said in a statement.

Al Dahab has not set foot inside the United States since 1998, the same year Egyptian authorities arrested him as he attempted to flee his native country back to the United States. It wasn’t until he showed an interest in returning to the U.S. that the Justice Department began to consider denaturalizing him. Following his release from a 15-year prison sentence, al Dahab now lives in Alexandria, Egypt, according to court records.

That posed a challenge for the FBI and Justice Department officials when they tried to serve al Dahab with notice that the government moved in April 2015 to revoke his citizenship. Officials then asked the judge to allow them to attempt to contact al Dahab through Facebook.

The FBI said al Dahab’s Facebook page showed that he had posted several items on the social network site before and after receiving summons, but he did not respond, according to court records. The FBI also tried three separate email addresses, but the messages were returned as “undelivered.”

The FBI had learned from a confidential human source that al Dahab had also been told of the government’s efforts to serve him by his son to whom he mentioned that he already received the summons but would not respond. Al Dahab “did not seem like he cared” that he was being denaturalized, according to the court record.

By Andrew Becker Reveal from The Center for Investigative Reporting April 21, 2017