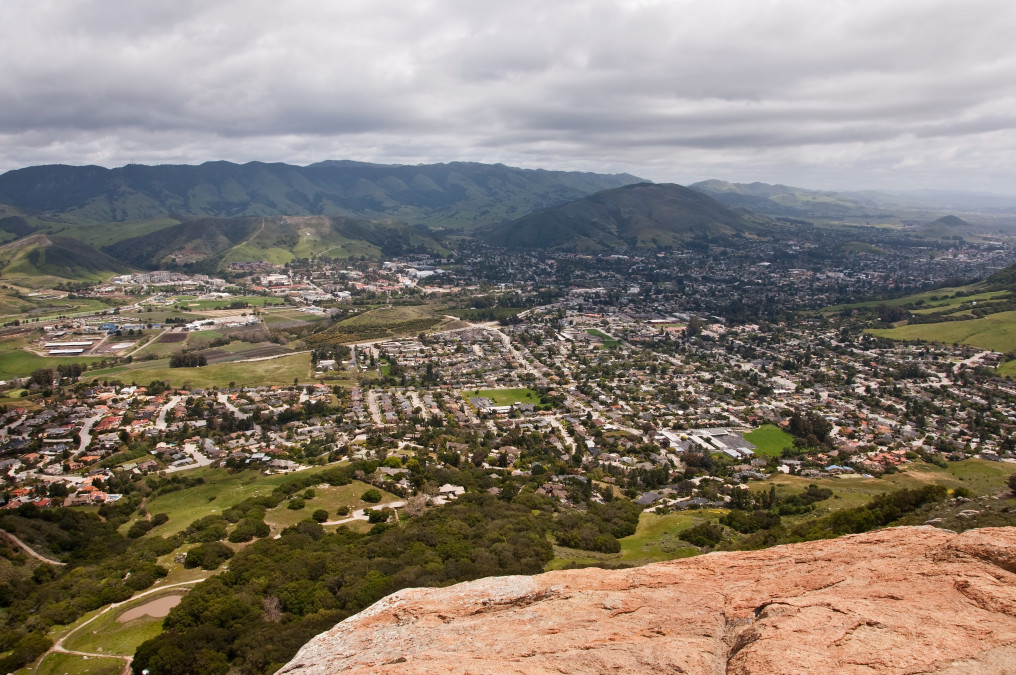 About 25 years ago in San Luis Obispo, Calif., an overdependence on groundwater became a destructive and expensive problem for the city.

For those wondering why California is sinking, look no further than San Luis Obispo. Not too long ago in that idyllic Central Coast city, an overdependence on groundwater became a destructive and expensive problem that today could serve as a warning to cities and counties throughout the state.

California is sinking, and it’s getting worse

What California can learn from Saudi Arabia’s water mystery

In 1989, amid one of the longest droughts in California history, the city’s water supply had reached a critically low level. Officials implemented mandatory water reductions of 20 percent for businesses and their 40,000 residents. And, for the first time in San Luis Obispo’s history, it began pumping groundwater. It drilled massive water wells. By 1990, the city was getting about 40 percent of its water from the ground.

Slowly, the earth began moving. The ground underneath buildings started to sink as the water supporting it was pumped to the surface. One family reported a quarter-inch crack that started in the kitchen floor and began creeping throughout the house.

The Bear Valley Center, a shopping center near one of the city’s major extraction wells, began to bend into a V-shape as the land beneath it sank. It suffered from what geologists call differential subsidence, in which varying soil composites result in certain spots sinking faster than others. The middle of the shopping center was sinking quicker than the rest, and it was causing major problems. Sidewalks cracked and sloped back toward the building. Doors and windows in the shopping center became jammed in place. Business owners couldn’t fully close their doors at night and were forced to use large chains and padlocks to secure their shops.

At the Sunset Honda dealership next to the shopping center, the showroom began to resemble a Picasso painting. The sinking had contorted it in strange ways, and negotiations would be interrupted by the sudden, loud sound of shattering glass as the shifting building placed unbearable pressure on the windows. In the mornings, salesmen would sip coffee and drop a golf ball at one end of the dealership floor and watch as it erratically swerved toward the lowest point in the room, which seemed to change every week.

“Grass started growing up through the carpet ­– that’s how bad the foundation was damaged,” said George Peterson, now a co-owner of the dealership and who was a salesman there 25 years ago.

Groundwater pumping in San Luis Obispo caused the ground to sink unevenly. At the Sunset Honda dealership, salesmen would drop a golf ball at one end of the floor and watch it erratically swerve toward the lowest point in the room.Credit: Courtesy of George Peterson

Now, as the state faces another major drought, places across the state could endure a similar fate. California is sinking at a record pace as a result of overpumping groundwater, and it’s causing tens of millions of dollars in damage. It’s particularly bad around rural communities, where farmers, who use four-fifths of the state’s water, increasingly are turning to groundwater to keep their crops alive. With reservoirs and rivers running low, groundwater now accounts for about 60 percent of the state’s total water supplies. As the groundwater is removed, it leaves a void underground, and the soil sinks to replace it. Geologists call this subsidence. One report suggests that damage caused by today’s sinking could exceed a billion dollars.

But who’s at fault, and who is going to pay for California’s sinking bridges, cracking canals and buckling highways? It’s a question that was raised in a recent New York Times article, in which a prominent water attorney suggested that California might see its first lawsuit stemming from damage caused by subsidence.

But that already has happened. It’s tucked away in the San Luis Obispo County courthouse, and it became a precedent-setting case.

In 1987, California entered a near-historic six-year drought. Some cities were not prepared. And as officials scrambled to deal with water shortages, some turned to excessive groundwater pumping to deal with the shortfalls.

In San Luis Obispo, officials were in trouble from the start. Planners forecast the city’s water supply could sustain only a two-year drought before water levels would become critically low. They began looking for solutions. But in California, extra water is hard to acquire. So they got creative ­– and a bit desperate. They contemplated towing an iceberg from the arctic. They considered ordering a giant tanker ship filled with water. They even researched the controversial practice of cloud seeding, in which chemicals are sprayed into clouds to induce rainfall.

But after some discussion, city officials took little immediate action. They simply requested that people cut back on their water use and prayed the drought would end soon. It didn’t.

“The settling has caused the foundation of Bear Valley Center to subside from 12 inches to 24 inches, depending upon the specific location,” according to the original complaint. “The settling is continuing and it is currently estimated that the property will drop another twelve inches in elevation over the next two years. The settlement, and in particular, the differential settlement, has caused permanent damage to the property.” The old Sunset Honda dealership in San Luis Obispo is torn down after being damaged by subsidence.Credit: Courtesy of George Peterson

The city fought its responsibility for the damages. But a local jury found it was liable. So the city appealed the decision, setting up a battle in California’s appellate court system that would establish precedence for the whole state. The appellate judge upheld the lower court’s decision.

“The City was well aware of the need to conserve water for years. It chose a combination of mild conservation measures and the damaging groundwater pumping,” Associate Justice Arthur Gilbert wrote in his 1994 opinion in the state’s Second District Court of Appeal. “The City’s ground water program caused subsidence resulting in structural damage.”

Gilbert’s decision entitled the Bear Valley Center to more than a million dollars in damages and fees. After that, the city decided to settle a separate lawsuit with the car dealership. The disfigured showroom was torn down, the lot releveled and a new dealership built.

“There was no way to fix it,” Peterson said. “Once the dirt sunk, it sunk.”

All told, the city paid about $3.5 million in damages to homeowners and local businesses.

The court’s decision unnerved some of the state’s biggest groundwater users, who wrote to the state’s Supreme Court in 1995, urging it to overturn the ruling.

“I am quite concerned about the impact of the appellate court’s ruling,” wrote Floyd Wicks, president of the Southern California Water Co., then the second-largest private water company in the state. “The court’s ruling could easily be extended so that any consumptive users of groundwater might be liable for damages.”

The League of California Cities wanted the court’s decision reversed and wrote that the lawsuit created “the specter of strict liability for subsidence damages.”

The Supreme Court declined to hear the case, letting the decision stand. Twenty years later, as California sinks at a record rate, that specter of who is financially responsible has returned.

Ron Munds worked for the city of San Luis Obispo during the subsidence and subsequent lawsuit. Looking back, he said the city made the only decision it could, considering it hadn’t prepared for an extended drought.

“What choice did we have at the time?” he said. “We didn’t. We needed that water.”

Munds now leads the city’s water conservation efforts, and he said the city learned its lesson. It spent the following two decades preparing for a drought like the one happening now, he said. It funded construction of a 45-mile water pipeline to the Nacimiento reservoir, built a water recycling plant and for the last 25 years has mandated water conservation measures for all new developments.

“If we hadn’t, we would be in terrible shape right now,” he said.

As it stands, four years into a historic drought, the city still has a 3.5-year water supply before levels become critically low. And that’s without pumping groundwater.

“We shut down the wells,” Munds said. “Groundwater is a strange beast.”

This story was edited by Robert Salladay and copy edited by Nikki Frick.

By Nathan Halverson Reveal from The Center for Investigative Reporting June 22, 2015